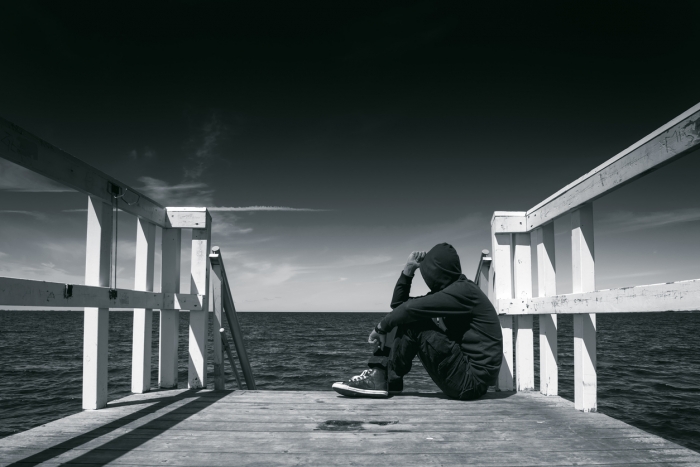 When you think of obsessive-compulsive disorder (OCD), you may think of excessive concern about germs, needing to organize things “just right,” or repeatedly going back to make sure the stove has been turned off. Less talked about, but also very common in OCD, are when people with OCD fear harming themselves. They have intrusive thoughts about harm—the fear of impulsively committing or wanting to commit violent acts. Even less talked about are intrusive thoughts of self-violence, or the fear of being suicidal, which can often be misunderstood or misdiagnosed.

Many people have these thoughts

Though it is important to discuss any thoughts of self-harm with a treatment professional and to have that professional assess for your safety, intrusive thoughts about self-harm are not an unusual OCD symptom. Even people without OCD may notice random thoughts pop up, such as “What if I just turned my car into oncoming traffic?” or “What’s to stop me from just jumping out of this window?” but these are typically ignored as mental junk mail or silly ideas. Some OCD sufferers, however, may worry that these types of thoughts are the brain’s attempt to signal that the thinker is in real danger of acting out. This results in strong urges to engage in compulsions: efforts to seek certainty that acts of self-harm won’t be committed. This may include avoiding triggers that bring on the unwanted thoughts (e.g., heights, sharp objects, movies with characters that commit suicide), seeking reassurance from others (e.g., asking if such an act would ever take place, or researching suicidality online), and any number of other physical and mental rituals designed to make the thinker feel safe from self-harm.

Unlike major depression—where someone may desperately seek escape from pain through self-harm, or some personality disorders where self-harm may be desired as a strategy to relieve frustration or to solicit a response from others—intrusive self-harm thoughts in OCD are ego-dystonic. This means the thinker finds the thought inconsistent with their assumed values or identity. It is the very fact that these thoughts are unwanted, yet persist, that cause people with self-harm OCD such distress. Self-harm obsessions in OCD are in some ways similar to a kind of health anxiety. People with health anxiety worry that a lack of vigilance about physical symptoms could lead to failure to catch a medical diagnosis in time, and may feel that checking and reassurance seeking are part of a moral obligation to keep oneself safe. Put another way, to willingly allow oneself to get sick feels immoral. Similarly, people with self-harm obsessions often feel that they have a moral mandate to be vigilant in catching the signs of suicidality.

Exposure and response prevention can be effective

Exposure and response prevention (ERP) is a behavioral strategy for treating OCD that involves methodically confronting a fear while resisting the urge to respond with compulsions. It may seem obvious that a person afraid of germs could do exposure to touching something dirty and learn that they can survive without washing, but a person afraid of harming themselves couldn’t do exposure to actually harming themselves.

But in fact, there are many ERP strategies that are effective for overcoming the fear of self-harm. In vivo exposures may include being near triggering items (e.g., sleeping with a knife by the bedside table) or triggering environments (a visit to the Grand Canyon or walking across a tall bridge). Additionally, watching movies with suicide-related themes or listening to music by artists who have committed suicide can provide useful exposure. Imaginal exposures can be particularly effective, where the feared consequences are written into a narrative that helps the sufferer practice being in the presence of triggering thoughts and feelings of self-harm. All of these exposures are paired with identifying and resisting compulsions, so the brain learns that being in the presence of the thoughts and their surrounding uncertainty is not, in and of itself, a danger.

Learning to view thoughts simply as objects of attention that arise in consciousness—no different from other things we notice and don’t control (sounds, sensations in the body)—and learning to observe these thoughts without judgement or self-criticism, is called mindfulness. Developing mindfulness skills can be a significant asset alongside ERP for self-harm OCD. It should be understood though that watching intrusive self-harm thoughts come and go without responding to them compulsively is an exposure itself. Thus, sitting with them mindfully also helps to teach the brain that their presence (and uncertainty about their meaning) is not fundamentally dangerous.

Clinicians treating clients with OCD who report unwanted thoughts of self-harm still need to carefully assess suicidal ideation but should take into consideration how difficult it is for people with this form of OCD to disclose their thoughts, and the intense fear of being “locked up” or taken from their families that this involves. Once understood as a manifestation of OCD, an emphasis on self-compassion and on normalizing the presence of these kinds of thoughts are both important before the effective treatment of ERP can be implemented. 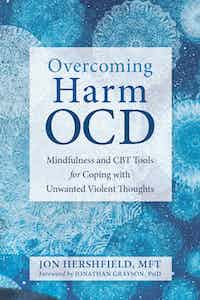 Jon Hershfield, MFT, is director of The OCD and Anxiety Center of Greater Baltimore in Hunt Valley, MD. He is author of Overcoming Harm OCD and When a Family Member Has OCD, and coauthor of The Mindfulness Workbook for OCD and Everyday Mindfulness For OCD.