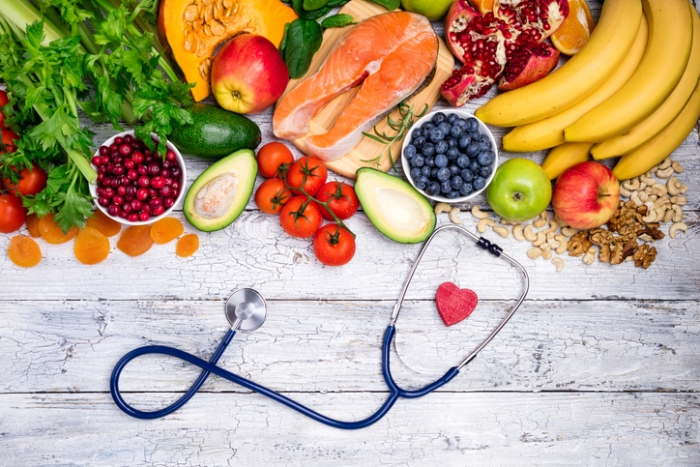 By Lauren Muhlheim, PsyD author of When Your Teen Has an Eating Disorder

In the treatment of eating disorders, clinicians and medical professionals often say that food is medicine. What does this mean?

The malnutrition that occurs in eating disorders accounts for many of the physical and mental symptoms of these disorders. A landmark study known as the Minnesota Starvation Experiment, conducted by Ancel Keys and colleagues in the 1940s, helps demonstrate this finding.

This study followed 36 men, conscientious objectors who volunteered for the project, between the ages of 20 and 33 who were deemed to be “healthy” by an array of physical and psychological tests. The men were placed on a 6-month diet, during which their usual daily intake was cut approximately in half (to 1,570 calories). The previously healthy men developed physical symptoms that included weight loss, decreased body fat, decreased body temperature, reductions in respiratory and heart rate, swelling in the extremities, hair loss, and abnormal tingling sensations in the hands and feet. They exhibited psychological symptoms that included severe emotional distress, especially depression and irritability; mood fluctuations; preoccupation with food; body dissatisfaction; food theft; eating rituals; isolation; social withdrawal; loss of ambition; narrowing of interests; low libido; and impairment in understanding, concentration, and judgment. Many of these same symptoms are seen in anorexia nervosa.

Throughout the study’s subsequent renourishment period, the men exhibited insatiable hunger, preoccupation with food, restlessness, and binge eating. They were hypermetabolic—meaning that their metabolic rate increased—and needed to consume up to 4,000 calories per day to gain weight. These symptoms can occur as one recovers from anorexia nervosa and can also be found among those who have bulimia nervosa and binge-eating disorder (which usually develop in response to dietary restriction).

All of these symptoms resolved with sustained and regular eating. Keys and his colleagues concluded that:

Decades of studies have shown that there is no medication that can treat eating disorders the way medications can help treat many other mental health conditions. Medications can play a role in treating some of the accompanying symptoms and conditions. But even then, they seem to be less effective in people who are at a dangerously low weight.

The upshot: food and the normalization of eating patterns is widely accepted to be the medicine of choice for the treatment of eating disorders.

We know that under-nutrition has significant physical impacts on every organ system of the body, including:

On top of these physical problems, people with eating disorders often exhibit psychological symptoms including abnormal eating attitudes and behaviors as well as mood changes. They may isolate socially, be unable to engage in treatment, and have trouble doing the work needed to recover.

If people with eating disorders receive sustained and regular nutrition, these medical complications (with the occasional exception of weak bone density and sometimes brain mass) usually can be reversed. With sufficient food intake, their mood often improves and they can better engage in treatment to do the work needed to get better psychologically. They regain their ability to engage socially.

For teens, family-based treatment (FBT) can be an excellent treatment option. Many teens with eating disorders are unwilling to engage in therapy; even when they do, they do not have the same capacity for insight as adults. FBT recognizes this and prioritizes regulation of eating and weight and the cessation of bingeing, purging, and excessive exercise above all else. It capitalizes on food being the medicine for teens with eating disorders.

This focus is one of the reasons FBT has been demonstrated to be the most successful treatment for teen eating disorders. In FBT, a parent’s primary job is to take charge and help their teen take his or her medicine. The goal is to restore the teen to optimal brain and body health so he or she may flourish and become an independent adult.

Learn more about FBT! Check out When Your Teen Has an Eating Disorder. 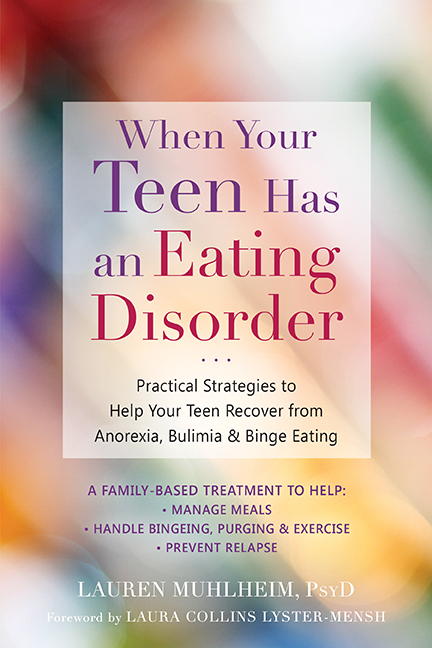 Lauren Muhlheim, PsyD, is a clinical psychologist and eating disorders specialist. Muhlheim trained at the Rutgers Eating Disorder Clinic and is certified in family-based treatment (FBT) by the Training Institute for Child and Adolescent Eating Disorders. She is the author of When Your Teen Has an Eating Disorder.