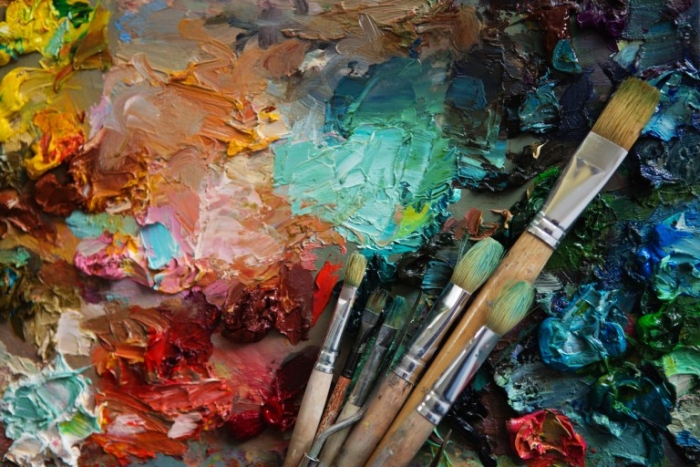 by Mark Matousek, author of Writing to Awaken—available now!

I was leading a writing retreat in Italy recently when one of the students—a professional psychologist, longtime practitioner of Buddhism, and would-be memoirist—posed a question that’s frequently asked: Why is writing a spiritual practice?

She seemed both curious and skeptical. I’d been talking about Writing to Awaken, my teaching method and recent book, and the discovery I made thirty years ago that writing is a spiritual practice as powerful as meditation, yoga, prayer, or any contemplative tradition I had encountered. Transformational writing focuses on telling the truth, probing profound questions about who we are, and discovering the meaning of our lives. Like all forms of spiritual practice, Writing to Awaken requires introspection, quiet, and patience—mindfulness, too—as well as the faith that by looking at oneself in the mirror of the page, one comes to see not only her depths, but also her connection to something larger than herself.

I assured her that while she found it ludicrous to put writing and meditation on the same level, it was not exactly a new idea. For millennia, seekers (including writers) have followed the Delphic Oracle’s injunction to “Know thyself.” Some have devoted themselves to prayer. Others have used ritual practices (yoga, sitting, pilgrimage, etc.). Another group of enlightenment-minded seekers has been drawn to the ancient art of self-inquiry in verbal form, on paper, in dialogue, or both.

A century after the birth of Christ, the Roman emperor Marcus Aurelius wrote in The Meditations, “You have power over your mind—not outside events. Realize this, and you will find strength.” Two centuries later, in Confessions, Saint Augustine lamented, “Men go abroad to wonder at the heights of mountains, at the huge waves of the sea, at the long courses of the rivers…and they pass by themselves without wondering.” This long tradition of questioning, and using the page as a stage for self-revelation, for undoing the knots of human existence and reaching beyond them to insight, has continued without pause to the present day.

I related as much to my skeptical student, which seemed to satisfy her for the moment. What I did not add were the healing benefits of writing that mimic spiritual practices, including meditation. In laboratory experiments, expressive writing has been proven to lower stress, strengthen the immune system, increase mindfulness, and enlarge our capacity for empathy and compassion. These are also the qualities an artist brings to her work.

All forms of creative expression are spiritual and healing in nature, in fact. If the purpose of spirituality is liberation, to open and connect us to the greater whole, then any creativity in us is bound to overlap with the spiritual impulse. A writer is a seeker who uses language; a painter is a seeker who uses paint. As long as the creator (lowercase “c”) remembers that it is spirit that’s driving her quest, then her work will reflect that divinity—that spark of freedom and truthfulness. Whether one creates for others or only for oneself, the calls to creativity and spirituality are more or less identical: to expand beyond the little Me in order to know ourselves better; to become vehicles of beauty and love in the world.

Another quality joins creativity and spiritual life: both of them happen in the dark. Each time you sit down to write, or engage in any creative endeavor, you step into the unknown. You place a wary toe into the Void and enter that fruitful darkness (the “cloud of unknowing”). Longtime seekers are well aware that the greatest spiritual growth happens in darkened, difficult times, when it feels like nothing is happening and all you want to do is give up. It is just when “unknowing” hits its darkest point that the light tends to appear on its own, the heart lifts, and the spirit reveals something unexpected. Thomas Merton, the Benedictine monk, wrote, “Prayer and love are learned in the hour when prayer becomes impossible and the heart has turned to stone.”

The same goes for creativity, which only comes from not knowing; the minute a person thinks she’s a master, she ceases to be an artist. The true artist is always beginning, awaiting surprises; she never forgets that the work is practice—nothing less and nothing more—and that creating is its own reward. The seeker recognizes, too, that each step toward wisdom is worth the discomfort, because the path is its own reward, promising to keep one engaged with life, dissatisfied with a surface existence, and aware that spirit is always creative.

That’s how writing saved my life: by giving me entrée to myself, providing a place where I could drop the mask and see myself as I really was. When we learn to tell the truth, whatever the medium, we never see ourselves the same way again. The mirror cracks and the light gets in. That’s why I like to say, as I have in Writing to Awaken, “When you tell the truth, your story changes. When your story changes, your life is transformed.”

On the final day of our retreat, the skeptical student broke down in tears while reading a piece in front of the group, describing her troubled family life. “I’ve never told that story before,” she admitted to her fellow writers, adding that her heart “felt lighter for having put this story down on paper.” Now, she could see her own lies, she said, and maybe even do something about them. 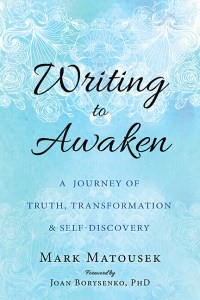 Mark Matousek is author of two award-winning memoirs, Sex Death Enlightenment and The Boy He Left Behind. He has collaborated with Sogyal Rinpoche, Andrew Harvey, and Ram Dass, and has contributed to numerous anthologies and publications. A popular lecturer and writing teacher, Matousek is on the faculty of the New York Open Center and the Esalen Institute (among others), and has presented twice at the Science and Nonduality (SAND) conference. His workshops, classes, and mentoring have helped thousands of people around the world, focusing on personal awakening and creative excellence through self-inquiry and writing.