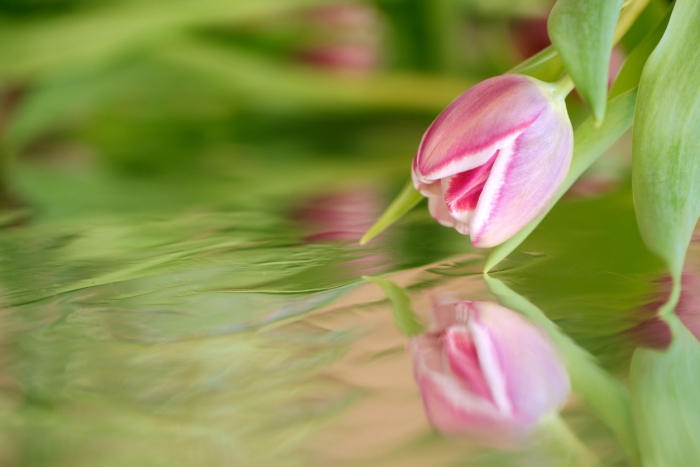 No matter how much she tried to change herself, Rebecca could not find freedom from the nagging sense of unworthiness that seemed to be at the core of her sense of self. Even after losing weight and getting the career she wanted, self-acceptance eluded her. Rebecca remained sure that if she found a man who truly loved her, then she would finally be free from the painful belief that she was unworthy of love. The sad truth is that this belief prevented her from being able to attract, or let in, such a relationship.

No wonder Rebecca was filled with a sense of unworthiness. Her alcoholic father projected his own inadequacy onto her: telling her regularly that she was a failure who would never amount to anything. He put her down at every chance, pointing out her failings and never mentioning her successes. Her mother passively allowed this abuse, as she was a victim of it herself and felt powerless. Neither parent was capable of reflecting back Rebecca’s amazing gifts and beauty. Instead, they projected distorted versions of their own self-hatred on her. She came to believe they were true.

When Rebecca came to therapy, she was committed to learning to love herself. Since all attempts to do it on her own had failed, she sought help. This openness allowed her to examine the family conditioning and see how she had been taught to feel bad about herself. Realizing that it was conditioning based in her parents’ own lack of self-worth—not in any way true about her—loosened the grip self-hatred had on her consciousness. She became very mindful of the beliefs, their corresponding emotions, and how they felt in her body. Her negative self-beliefs showed up as a tight chest, upset belly, and slumped posture. Rebecca worked with her sense of unworthiness extensively on a mind-body level and she began feeling better. However, experiences in life continued to trigger her sense of unworthiness again and again.

This caused Rebecca to look even deeper than her conditioning. As her therapist, I pointed to a quiet core that says, “All is okay as it is,” within her being. When she quieted her mind, she could sense this in her body and in her heart. I also pointed to the silent background awareness that was behind all thoughts. It can be glimpsed when we stop thinking for a few seconds and is a direct experience of our own being, which has never been touched by our conditioning. Our being is one with the source of love. Pure, unconditional love is our essence.

All the pain Rebecca had experienced due to self-hatred brought her to a point where she was willing to get to know the deeper truth of who she is. Sure, at first this part of herself whispered compared to the screaming self-hatred. The more she breathed into her heart and focused there while quieting her mind, the more she opened to her essential nature. As this deepened, she directly experienced the sweet, soft beauty of her own being. It frequently brought her tears of joy, gratitude, and true self-love.

Experiencing her essence has allowed Rebecca to let go of the old conditioning as it arises each day. She now knows that the image of her self that was created in her childhood is not true. She knows who she truly is. And when the old, conditioned, negative sense of self arises, she knows that she can just allow it to dissolve in the presence of her own being.

Does Rebecca’s story remind you of your own? Here is a step-by-step way to work with a belief in unworthiness, as Rebecca did: on the psychological level as well as somatic and spiritual levels. Negative self-beliefs need to be addressed on all these levels for us to truly transform them.

A—Awareness: Be aware of the sense of unworthiness as it arises and the emotions that go with it, such as fear, anxiety, dread, sadness, grief, anger, rage, and disappointment. Try not to push the feelings away. Be with them.

B—Belief: Identify what belief in unworthiness was triggered by your circumstances or thoughts. Make the belief into a statement, such as “I am unworthy of love” or “I am not good enough.” Write that statement down.

C—Conditioning: Take time to reflect on the conditioning that created the belief in unworthiness. What is your earliest memory of having the belief? Contemplate all the messages you heard in your life that conditioned this belief.

D—Deeper: Now look deeper and ask yourself why you believe the statement. How is it serving you to believe you are unworthy of love, or any other belief in unworthiness? What do you believe the benefit is? This can be tricky. At first glance, it seems that there is no benefit from believing that. But if we look deeper, we can see that we try to protect ourselves. For example, when we are unworthy of love, then we will not get hurt by opening our self to love. The logic of the ego-mind is always distorted, but it is also always based on trying to protect us from something. Write down the reason you are holding on to the belief.

E—Elevate: Now let that process go and elevate your consciousness. Do whatever you can to raise your vibrational frequency: go to a happy place in your imagination, remember a positive situation when you felt good about yourself, sit in nature, meditate, listen to uplifting music, and find the center of your being that is already—and always—okay. Really feel into this with both your body and mind.

F—Freedom: We find freedom from the belief in unworthiness by seeing it for what it truly is—just a belief—and by connecting to our true, deeper nature. We see this by inquiring into it from a higher consciousness. From clarity, we can see the absurdity of our reason for keeping a negative belief. This allows the belief to be freed. This deeper understanding opens the way to a sense of your essential nature and its unconditional acceptance. Underneath the conditioning is the true, magnificent beauty that you are! 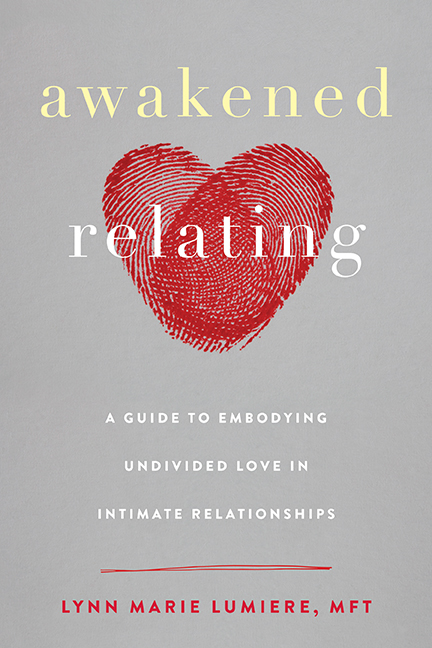 Lynn Marie Lumiere, MFT, is a seasoned psychotherapist with a focus on transforming issues at their source through dissolving the belief in separation that creates and sustains them. She is dedicated to awakening consciousness and meeting life’s challenges as doorways to greater freedom. Her work is sourced in over forty years of dedicated spiritual and psychological exploration, as well as almost thirty years of marriage and practicing psychotherapy. This experience led her to the understanding that no matter what the problem, transformation and freedom from suffering is possible when we tap into the infinite and ever-present source of Love. She has been especially interested in applying this understanding to healing relationships and trauma.