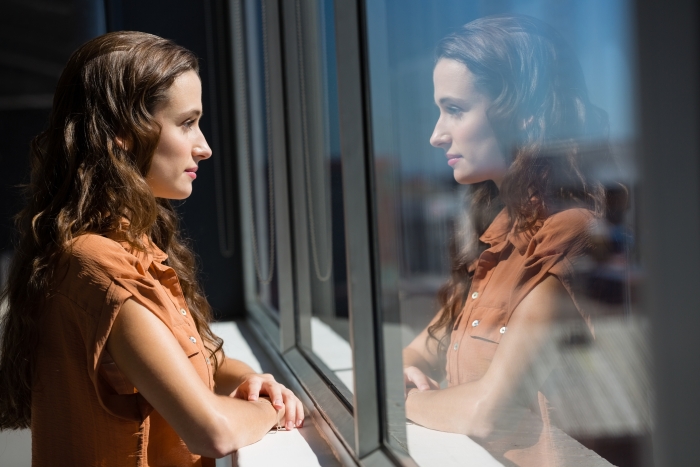 We’ve all done it. We behave in a way that feels painful, or is destructive, or think we shouldn’t, and we resolve to behave differently in the future. We believe that the way to change behavior A is to take up behavior B. What we discover is that, however fervently we wish to change our behavior, it’s not that easy. We can’t just drop behavior A just because we’ve decided to for whatever reason.

Whatever behavior A is—smoking, drinking alcohol, getting angry, eating too much, not eating enough, spending too much, criticizing others, and whatever behavior B is—usually the opposite of behavior A, we’re convinced that our repeated failure to move from one to the other is evidence of weakness, dysfunction, or incapacity. As Einstein famously said, “Insanity is doing the same thing over and over again and expecting a different result.” “This time,” we tell ourselves, “it will be different.” Occasionally, it is. Most often, it isn’t and we find ourselves back on the same old treadmill yet again.

Convinced that the only way to change our behavior is to behave differently, we miss the fact that how we behave is not really the issue. This is not to suggest in any way that our behavior doesn’t have consequences. Of course it does, both for ourselves and for others. But the real issue is what drives our behavior. What comes prior to the cigarette, or the evening spent sitting on the sofa stuffing our faces with food and television?

Before I met Scott Kiloby, I had developed some basic understanding that looking more deeply at our unresolved issues is the key to changing our behavior. Some old patterns had shifted, and I no longer smoked or criticized myself quite so harshly. However, I’d never learned how to look so deeply and specifically as we do in the Living Inquiries. And it turned out that the devil really is in the details…

I’ll give a personal example. In my late teens and early twenties, I developed moderate bulimia. I say “moderate” because although I didn’t induce vomiting or take laxatives, I did alternately binge and starve. I was, however, obsessed with food intake and body image. Staggering as it seems now in the internet age, I had no idea that what I was experiencing had a name. It wasn’t until I was twenty-two and through the worst of it that I read about bulimia in Cosmopolitan magazine. It was a revelation to discover that other women and men had this, too. I’d never discussed it with another soul and it was some time before I did so.

While the outward behaviors of bingeing and starving fell away after a few years, the inner patterns remained. For a long time, I believed that my only recourse was to be resolute, to use my willpower to control and manage the inner urges. On one level, I was successful. I never did go back to the worst excesses of the binge and starve cycle. But as anyone who has controlled an addiction or compulsion through sheer effort and force of will knows, it takes a huge effort to do so. Because the basic pattern, the obsession itself, remains more or less intact.

My attention returns to looking at my food and body image issues every once in a while. Now in my mid-fifties and with a changing body, it has been challenging to find myself putting on a few extra pounds. My first response was to, you’ve guessed it, change my behavior. I thought it all through: I’d eat less, exercise more, and set targets for myself.

We can get so wrapped up in all that activity that we lose sight of the fact that we’ll simply be doing more of the same and expecting a different outcome—yet more insanity. I resolved to stop eating sugar for a while and did so. I spent a few weeks feeling the glow of the righteous abstainer, until I stepped on the scale and discovered that I’d actually put on more weight. Shocked, I dropped the idea of doing anything else and started to really look deeply.

That same day, I began to feel the sensations and feelings that had arisen when I’d seen the number on the scale. Staying with them for a while, a memory emerged from my first year in senior school. I was in the staff section of the school cafeteria, having volunteered to clear up after the teachers had finished their lunch. One of the perks of volunteering was eating their leftovers. As I looked at the memory, emotion welled and I went with it. Then words came, “I’m still that girl.” More emotion followed and the looking continued.

We often find that a relatively small number of images, words, and feelings hold a whole pattern of behavior in place. In my case, looking at the memory of the school cafeteria gave me access to long-suppressed feelings from that time in my life. It became clear just how the cycle had begun in the first place. I spent time with that twelve-year-old girl, utterly bewildered by events happening around her over which she had no control.

Since then, I’ve kept inquiring into these and related issues by myself and with facilitators. As I’ve looked, my behavior has changed naturally and without effort. I still haven’t eaten any sweet food, yet I do not have any sense of denying myself anything. I’ve bought new clothes for the first time in a long while, clothes that I feel good about myself in and that reflect who I am now. And I’ve marveled at how, when we stop, rest, and inquire, change happens. We simply find ourselves behaving differently. Transformation occurs not because we make it so, but because we’re willing to look and feel. 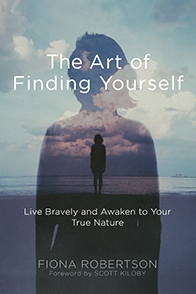 This is an excerpt from The Art of Finding Yourself: Live Bravely and Awaken to Your True Nature by Fiona Robertson, published by New Harbinger Publications. Copyright 2016