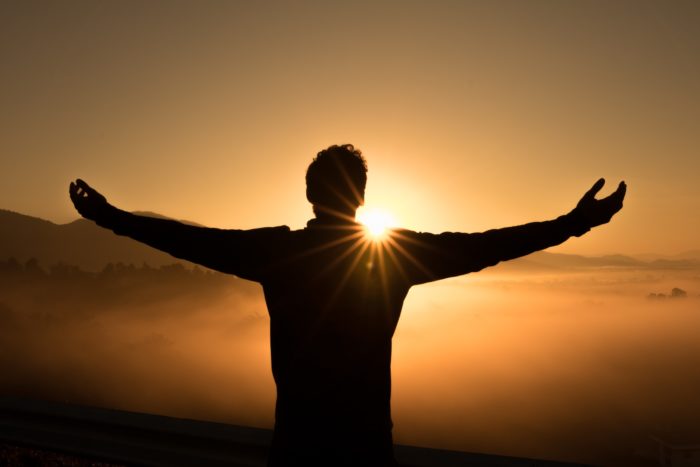 New this September, Non-Duality Press presents Non-Duality Questions, Non-Duality Answers, the latest book from humanistic psychologist, therapist, and lecturer Richard Sylvester. With compassion, respect, provocation, and humor, the book explores non-duality from a variety of angles, addressing questions on a wide range of topics—from A Course in Miracles to gurus to madness to zen and so much more. Here, Sylvester provides answers to many of our questions about non-duality.

What does non-duality mean to you?

This is the briefest way I can sum up non-duality: There is no self. There is no separation. There is nothing to find and there is no one who seeks. There is only This, whatever is apparently happening. This is it and This is enough. There is unconditional love. If This is seen, it will be the end of what you think is your life.

Would you call non-duality a tradition, a philosophy, or a movement; a stage, an absolute, or something else?

As soon as we turn non-duality into a tradition, a philosophy, a movement, or even worse, into a religion, we have turned it into yet another story, like the story of Buddhism, the story of Christianity, or the story of Existentialism. Immediately we have deprived it of its aliveness and turned it into a dead thing, a thing which the mind now feels it can safely deal with.

All that can really be said is that non-duality is an attempt to describe what is seen when the self is seen through. As this is actually indescribable, this attempt must fail. I think it was Alan Watts who put this most neatly when he said he was “trying to eff the ineffable.”

Ultimately we could say that those like me who write or speak about non-duality can only offer pointers. Yet even here, if we’re being honest, we have to add that we are pointing at that which cannot be pointed at.

How does non-duality differ from other spiritual paths (if it can be considered such a path)?

Non-duality is not a spiritual path and the seeing of non-duality renders all spiritual paths redundant. Spiritual paths are invented by the mind as a way of filling up the time between birth and death. The easiest way for the mind to stay in control—which is where it wants to be—is to set up an impossible goal and then persuade us that it can help us to reach it.

But there is no higher or lower self. There is only This.

Do you subscribe to a direct-path or progressive approach to non-duality (or something else)?

There is no path to non-duality, either direct or progressive. How can we approach that which already is the case? How can we get closer to what we already are? Both direct and progressive paths are invented by the mind to entertain ourselves with. They may be particularly needed for this purpose on wet Sunday afternoons.

What do you see as the main areas of controversy in the world of non-duality?

The monkey mind will always create controversy and the closer people are to each other in their view of the world, the more fiercely they will fight each other over the minor distinctions in their beliefs. Freud called this “The narcissism of small differences.”

The main areas of controversy where non-duality is concerned could be summed up like this:

Endless arguments take place on the Internet over this, sometimes generating a great deal of “web rage,” which is the Internet equivalent of road rage. In this way the mind is kept busy and therefore happy. Meanwhile This just goes on being This and none of this controversy matters in the least.

One of your previous books is titled I Hope You Die Soon—what does that title mean to you?

At a time in my life when, like many other people, I experienced a considerable amount of despair, I sometimes talked to Tony Parsons, author of The Open Secret. One afternoon I went up to him after one of his meetings, as usual in despair, and he gave me a warm hug and said, “I hope you die soon.”

What he meant was that he hoped that my sense of self would die, or in other words that my sense of being a person would disappear so that I might see liberation. Later on, this seemed like an appropriate title for my first book about non-duality.

Another of your books is titled The Book of No One—what inspired that title?

When liberation is seen, it is seen by no one. Indeed, it is the very presence of the sense that “I am a person, a someone” which prevents liberation being seen. When the sense of self collapses, there liberation simply is. So again, it seemed an appropriate title.

I am simply trying to describe something. And I enjoy writing, particularly if I am sitting in a comfortable leather armchair in a coffee bar. Many individuals had written to me with questions over the years and I felt that the answers I had given to all these individuals might be of interest to a wider readership.

I have now written four books about non-duality and I feel that Non-Duality Questions, Non-Duality Answers will probably be my last. The book I am writing at the moment is not about non-duality. Provisionally titled Confessions of a Seeker: Adventures in Spirituality, Therapy, and Belief, it gives a rather naughty account of my thirty years of seeking before I came upon non-duality. So it is quite different to my other books. I suppose it could be considered to be the prequel.

You could say my motive was to have fun. Or we could just say that writing the book simply happened, that it is a book about no one, written by no one.