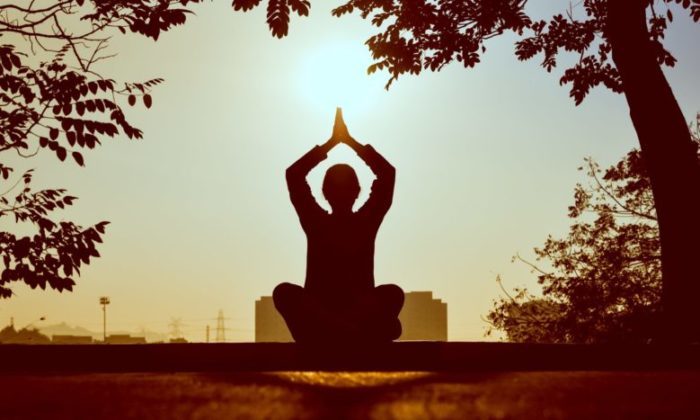 By Katy Cryer, author of Yoga for Addiction

We are not separate from anything, yet our thoughts and perceptions continually tell us the opposite: that we are different, that we are individual, that we areseparate. When we begin to study yoga in earnest, what we learn first is that our goal in this life is, through diligent practice, to undelude ourselves, to realize our own true nature, which is complete connectedness.

The alcoholic’s problem is actually the same. As practicing alcoholics, we are deluded. First and foremost, the active addict generally does not see their own addiction. We believe that the next drink will be different. If we switch substances, it will be different.

I was deluded about my true nature. My problem was separateness. My problem was a lack of connection. My problem, although I didn’t realize it until much later, maybe even years into sobriety, was fundamental and existential loneliness. My solution was chemical, so, by its very nature, it was transient, unpredictable, and volatile. When it no longer worked, I had to look elsewhere for connection. First I found it in the fellowship of AA. Later, through working the 12 steps with a sponsor, I found it in the only place that really lasts, the only solution that truly never changes, doesn’t move away or behave badly from time to time, or shut its doors or be fallible. I found it inside myself, and what I found was God.

Yoga is actually the same path. We start deluded. We start unaware of who we really are. We quiet the mind enough for our thoughts to become relatively still, and consciousness reflects back something deeper and more meaningful and lasting, and that thing is also God.

Two paths, same problem, same destination. Weaving these paths together will create the framework for lasting and joyful abstinence, with the added benefit of a healthy body and calm mind. They build on each other to create the unshakeable scaffolding that will support us through the most difficult—and the happiest— chapters of our lives. They work for all of us, even if we are defiant, even if the word “God” makes us cringe, and even if we’ve never done anything sporty or athletic in our lives. These practices are broad enough for all of us, and our efforts will be rewarded over and over again in ways most of us would never imagine.

Adapted from an excerpt from Yoga for Addiction

Katy Cryer, MS, is founder and director of Square One Yoga, a chain of yoga studios in the San Francisco Bay Area. Cryer’s founding mission for Square One is the same mission in her writing: to present and teach yoga in a way that is accessible and unintimidating for every body. Sober since 2006, Cryer credits yoga for giving her the skills and freedom to stay grounded in recovery.