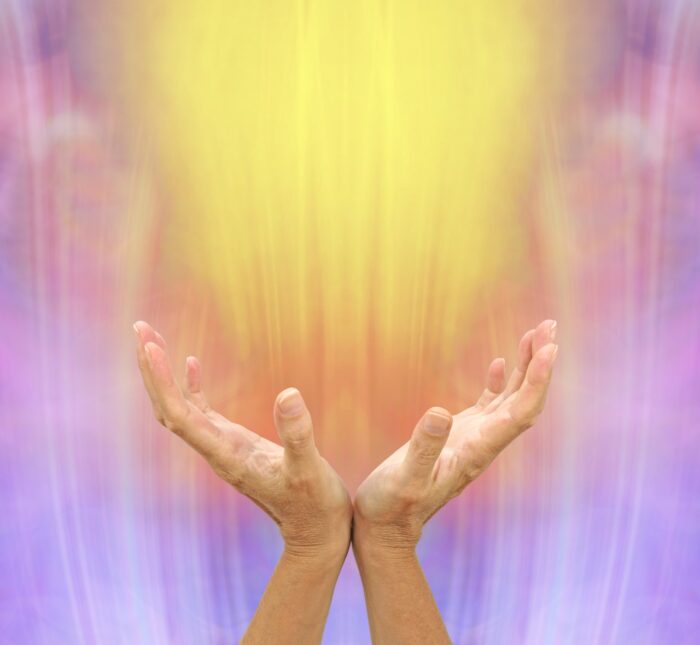 By Helané Wahbeh, ND, MCR, author of The Science of Channeling

There is an overwhelming amount of scientific evidence for psychic phenomena. Yet, much of the world still does not believe that it is possible to access information beyond time and space. That is slowly changing thanks to a branch of scientific study we call noetic science. The word “noetic” comes from a Greek word meaning intuitive knowing or mystical awareness.

The Institute of Noetic Sciences (IONS) is one of the leading lights in this field. Founded by astronaut and astrophysicist Edgar Mitchell in 1973, IONS is dedicated to studying phenomena not previously understood. For example, only forty years ago in the Western world, meditation as a practice with health benefits was as absurd as the idea of precognition is today. Now, meditation is a staple of the wellness movement and even corporate culture. IONS was a proponent of meditation back in the nineties, and conducted several early Western studies on it. Likewise, IONS has been doing research on alternative medicine modalities like energy healing nearly since its inception. In recent years, Reiki has started entering hospitals.

Is the world ready to have the next belief-shifting conversation?

With the publication of The Science of Channeling, IONS believes so.

Written by IONS director of research, Helané Wahbeh, the book is both an overview of the scientific evidence for channeling and a guidebook to cultivating one’s own channeling abilities. Wahbeh defines channeling as “the process of revealing information and energy not limited by our conventional notions of space and time.”

The book is a summary of the work conducted by the IONS Channeling Research Program, and what they have learned by investigating the following six research questions:

In answering these questions, The Science of Channeling explores both the science of channeling and the personal experience of it; in other words, it reflects the IONS mission of bridging scientific inquiry and the direct experiences we have that cannot be explained by the current model of reality.

At present, mainstream science does not account for psi phenomena such as trance channeling, precognition, clairvoyance, or telepathy because it is rooted in materialism. In other words, scientists have primarily studied the material world. Materialism is very helpful. The study of the physical world has led to countless inventions and discoveries. And yet, it does not seem to account for all human experience. There is another facet to our reality: Consciousness. A post-materialism paradigm would encompass all the gifts of materialism while also acknowledging the role of consciousness.

The materialist paradigm tells us that matter is fundamental and consciousness results from biochemical processes in the brain. The post-materialist paradigm tells us that consciousness is fundamental and nonlocal (not limited by conventional notions of time and space). This worldview could account for all psychic phenomena, encompassing all of those personal experiences most of us have had but haven’t been able to explain.

For example, thinking of someone just a moment before they call you. Knowing someone is staring at you because you can feel it. Dreaming of something before it happens. Having an intuitive hunch that turns out to be correct. Perhaps you’ve had one of these experiences yourself.

They are quite common. IONS conducted a study that surveyed scientists, engineers, the general public, and the IONS audience about their channeling experiences. Of the 900 participants, 80 percent had at least one channeling experience in their lifetime. To put this in perspective: According to the World Health Organization, something that affects 1 percent of the population is considered common. 10 percent is very common. Channeling appears to be nearly universal, yet there is little information on its nature or how to handle and cultivate it.

The purpose of The Science of Channeling is twofold. First, it is a book intended to share the scientific findings on channeling abilities in a way that is accessible to nonscientists. Secondly, it is intended to provide support. People have varying reactions to their own channeling experiences, ranging from fear and disbelief to wonder and excitement. In addition to the scientific studies, the book also delves into how to discover one’s own abilities, cultivate them, and harness them to create positive transformation in our lives and the world around us.

Based on the research conducted at IONS, and her own experience as a trance channel, Helané Wahbeh is of the mind that we all have innate channeling abilities. We all have unique psi gifts, or a Noetic Signature™, that can be fine-tuned to add depth and richness to our lives.

What if you could tune into wisdom greater than what you usually have access to for guidance in your decision-making? What if you could dip more deeply into your own intuition? There is no one right way to channel. People can choose various ways to engage their channeling abilities based on what resonates and works for them. Here are just a few of the methods:

The method used to channel is less important than the intention and understanding that our consciousness can access information and energy far beyond what is traditionally known to be available to us. Embracing the post-materialist paradigm and the psi phenomena it accounts for would change not only the scientific world, but also our daily lives. Our understanding of ourselves, our abilities, and our place in the world would all be drastically transformed.

Helané Wahbeh, ND, MCR, is director of research at the Institute of Noetic Sciences (IONS). She is clinically trained as a naturopathic physician, and research-trained with a master’s of clinical research and two postdoctoral research fellowships. Her research domains include extended human capacities, complementary and alternative medicine, mind-body medicine, stress, and post-traumatic stress disorder (PTSD).