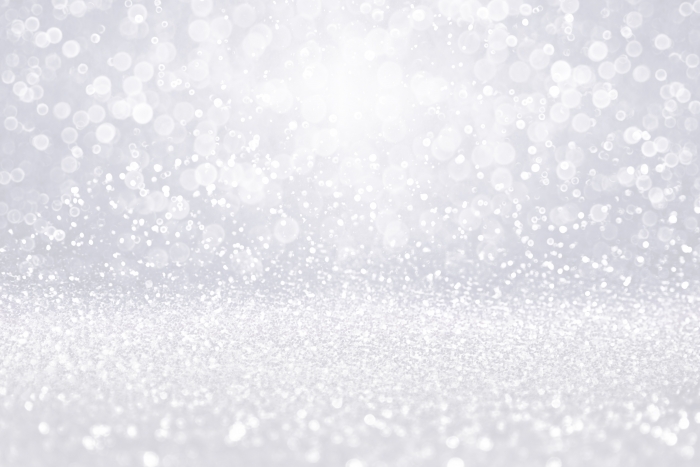 A few Christmases have passed since I fired god, and as I sit here looking at the two Christmas trees in my very quiet living room, it’s the music that I remember most—the music and the meaning behind the words that set the stage for Christmas (and the entire year, for that matter). “White Christmas” is a song that meant so much to me for a very long time. I remember beautiful people singing it on TV every Christmas season. I sang it in every school Christmas concert, and of course my very favorite line was the last: “May your days be merry and bright, and may all your Christmases be white.” A white Christmas meant happiness, joy, and goodness. It was a Christmas where I would get everything I wanted, and everyone I loved would get everything they wanted. It was a Christmas without fights, police, arguments, or tears. A white Christmas was a perfect Christmas. It was a Christmas I had never truly experienced, but it was possible. I’d always believed it was possible.

“Wight” (pronounced “white”) is a word I’ve just recently come across. I’d never seen or heard this word before and I don’t remember how I found it, but I’ve discovered it at the most opportune time. As is the case with many words, “wight” has several meanings, but one definition struck me as particularly interesting: a “wight” is a human being. That’s it—just a plain, old, run-of-the-mill, nothing-special human being. My very first thought was, I’m wight. I and every person I know is wight. Even though I know it’s a homonym, placing the label “wight” on a non-white person feels different than placing the label on a white person. Referring to a white person as wight is like calling water wet. But referring to myself as wight takes more effort, even though it’s true. It takes more effort because I’ve already associated the sound of the word with something that has nothing to do with me.

The similarities between a wight and the idea of white are uncanny.

White is clean, new, innocent, right, fresh, pristine, untainted, and good. This is the essence of whiteness—an inherent quality of superiority in the order of things. Wight is humanity—the ruler of the Earth. The opposite of white is black. Black is dark, dirty, bad, wrong, corrupt, and evil. The essence of blackness is error—an unfinished, inferior work.

Where the opposite of white is black, one who is not wight is simply not human.

As a little girl, a white Christmas was a beautiful idea. When I say “white,” I’m not referring to mounds of snow blanketing the terrain. (In seventeen years, I only experienced snow once and only for about ten minutes, because the Louisiana sun, even in winter, has no mercy. The snow was gone almost before it hit the ground.) For me, a white Christmas was not about frozen water vapor; it was about the whiteness of Christmastime. December brought with it an atmosphere of expectation, kindness, newness, and joy. The story of the birth of Christ was central to this atmosphere and contributed innocence and goodness to the season. With its carols, cocoa, twinkling lights, beautiful smiles, colorfully decorated trees, and crisp clean air, Christmas was clearly white and I loved it. As a non-white person, I was grateful to be allowed in this untainted space. I already understood I didn’t deserve to be in that space, but knowing this only made me that much more grateful, awestruck, and loving. Whatever my issues were, they were buried during Christmas. A white Christmas did not allow the stain of problems, worries, family arguments, or pain. All blackness in any form had to be veiled and kept hidden during Christmas, and I was happy to do what needed to be done to ensure my Christmas was white. And what needed to be done was to hope for something better, to show gratitude for what I had, and to show forgiveness for what had been taken from me.

What I did not know as I sang “Silent Night,” “Jingle Bells,” and “White Christmas,” was that with every ounce of love and gratitude being poured into the idea of Christmas, I was cultivating the same amount of hatred for and fear of this whiteness. The day I fired god was the day I began to reap what I had been sewing and cultivating for years. It’s the day I gave myself permission to ask questions: Why did I celebrate Christmas? Why did I believe in whiteness? Why was I so sure that I was less than the idea of white? Why did I need to keep hoping, forgiving, and being grateful? Who told me that was necessary, and why did I believe it?

These questions led me to research why we celebrate Christmas, which led me to the Black Codes.

The Black Codes were laws put in place by Southern states in the US in 1865 and 1866. They evolved from slave codes and later evolved into Jim Crow laws. Their purpose was to preserve goodness, innocence, and a perpetual atmosphere of Christmastime in the United States. Today, those laws are subtler but the goal is the same—to preserve and protect humanity. One particular Black Code required all Negroes to strictly observe Sundays and holidays. Violation of this code and other Black Codes would result in heavy fines, forfeiture of wages for a year, imprisonment, corporal punishment, branding, immediate confiscation, and worse.

I knew nothing of the Black Codes when celebrating Christmas as a child or even when celebrating in my early thirties. What I did know, even before firing god, was that I was not telling the truth. Was I celebrating the birth of Jesus because my ancestors would have been severely punished if they refused to do so? Did I love and anticipate this special holiday out of habit, obligation, and tradition instead of a genuine, uncoerced desire? Yes, I did.

Before firing god, my reaction to the idea of Christmas was simply a Pavlovian response. I was conditioned to salivate as the weather changed, the Christmas music played, the lights twinkled, the manger scene was put on display, and the story of the miraculous birth was told. My reward for celebrating the holiday was no longer escape from physical punishment or heavy fines as it was for my forebears under the Black Codes; my reward was heavenly blessings and Earthly favor from an all-powerful God. My punishment, if I chose not to pay homage to my savior during the Christmas season, would also come from this all-powerful God. Man-made Black Codes were no longer needed. Belief was enough.

So, what’s different now that I’ve questioned this idea of Christmas? Not much, really. And I think this is because I also realized who I really am, so celebrating or not celebrating doesn’t make that much of a difference. I still set up trees and decorate them with my children. I love Christmas music, but I listen to it all year round, not just during the Christmas season. I buy presents, say “Merry Christmas” to loved ones, and get together with family. The subtle difference is the fact that I’m not afraid nor do I feel subservient to the whiteness of Christmas. I’m no longer salivating and mindlessly responding to twinkling lights. That I no longer believe in the story of a virgin birth is not evidence of my blackness, lack of humanity, or wrongness. I’m not obligated to be grateful, to forgive, or to hope for something better. I can bring darkness to the dinner table and talk about my problems. I can come out of hiding while sipping cocoa and be as black as I want to be.

The idea of “wight”—a human being—is just like Christmas, as is “white,” “black,” and any other labels or standards I’ve used to judge myself. There is no meaning except for the meaning I give them. I see myself as a human being and a black person. I do not see myself as a white person, but I am not more or less than a white person. These ideas are like ceilings—they’re limited, and with them, I can only go so far. Firing god has allowed me to see these ceilings and the fact that I’m the one who placed them there. Ceilings are fine, especially because they come with a floor that’s somewhat stable, solid, and safe. But this, too, is precarious.

I used to dream of a white Christmas, a perfect Christmas where I always got what I wanted and I was just as happy as the children in the TV shows. I still haven’t experienced that kind of Christmas and I no longer have that expectation. While I can identify with the labels I assign myself, I am no longer confined to the spaces between the ceilings and the floors. And that will make this Christmas season something other than just white. 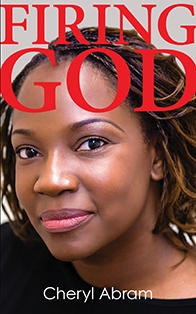 Cheryl Abram is a writer, public speaker, and mother of four. The author of Firing God, she spoke at this year’s Science and Nonduality Conference (SAND 2016) in San Jose, CA. Cheryl lives in Northern Virginia. Learn more at her website: www.cherylabram.com.