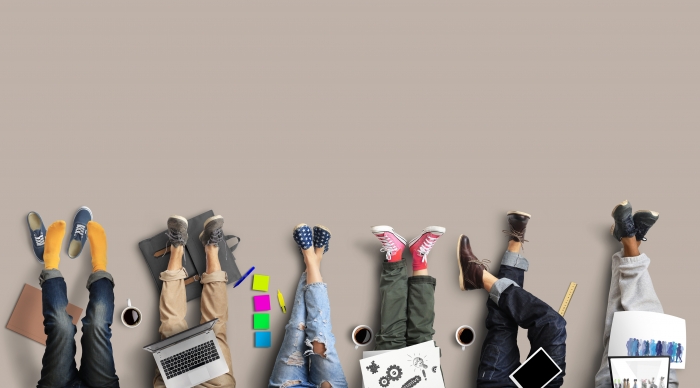 By Rebekah Younger, MFA, author of author of Be, Awake, Create

Create: to bring something into existence

By this definition, to create, one not only needs imagination and a sense of play, but also a willingness to be in an uncomfortable, awkward, and at times downright discouraging situation with a level of appreciation and commitment. The creator’s orientation is open-ended, willing to risk the uncertainty of the outcome out of love for what they want to see exist. For those who are willing to step onto this path, they will find that creating is not limited to art. It is a whole life practice that is fulfilling and our birthright as human beings, not just for the talented few.

The release date of my latest book, Be, Awake, Create, this month marks the fortieth anniversary of purchasing my first business, a do-it-yourself picture-framing franchise in Chicago, IL. It was a two-year creating odyssey, fraught with challenges, setbacks, and breakthroughs. Yet, on that June day in 1979, when I walked into my store, I knew that if I could see it, I could manifest it. This same confidence led me to write a book forty years later, despite Parkinson’s disease, divorce, and major upheaval in all aspects of my life over the past three years.

Back in 1976, I graduated from college with an art degree into a sluggish job market at the end of the recession. After an unsuccessful year of job hunting, a friend suggested I look into buying a DIY framing shop franchise called The Great Frame Up. There were three or four shops around the Chicago area, including my own neighborhood. He reasoned that it was an art-related business, and as my own boss, I could train others to run the store without me eventually. This would give me more time in the studio. His reasons were compelling. I was excited about the possibility.

Most people, however, would have thought me nuts to try, as I had a whopping $1,000 in the bank, and no job at the time. The opening cost of a franchise was over $45,000. No one in my family had ever owned a business; not even in my extended family. What was I thinking?

Yet, something about this idea grabbed me. I thought, what could it hurt to at least take the local manager out for coffee and find out more about the business? By the end of our conversation, he invited me to work at the store. He wanted to move on and needed to train his replacement. I thought, great, here’s an opportunity to try the job on for size.

I didn’t know at the time that the store was up for sale. A few months later, he left. I took over as manager, and then the new owner stepped in with ideas of his own. He heard from the franchisor that I was interested in buying my own franchise. He found that very threatening. Within months he abruptly fired me without cause, even challenging my unemployment benefits. What a setback! Still, by this time, I was hooked. I was a framing store owner, at least in my mind. I went back to work at a bookstore but continued to pursue my dream of store ownership.

The franchisor was impressed by my ingenuity and dedication. I’d raised the initial franchise fee of $7,500 through family and friend loans. We signed an agreement pending financing to open a store in the South Chicago suburbs. I found a lawyer willing to take monthly payments from my meager paycheck for his services. I took free business classes from the local chamber of commerce, which led to working with a local development corporation to help me write a loan package. Each time I hit a roadblock, I looked for new resources. Each barrier became an opportunity to learn and recommit to the vision.

The development corporation, after three rejections from local banks, presented my hefty package to the Small Business Administration. At the time, they were still making direct loans to women and minorities. Even they turned down my loan initially, but my loan packager knew they could not reject the application based on lack of collateral, and challenged their rejection. I could obtain the loan, using the store’s contents as collateral.

In the meantime, the owner of my neighborhood store was running his business into the ground. After two years, when I was well into the process of loan rejections, franchise training, and looking for a suburban location, the franchisor came to me with a proposition to buy my neighborhood store. They wanted the owner out. They knew that it would be a hostile takeover, so they agreed to be the intermediary. He did not know I was the buyer until the day of the signing.

Six years later, the loan was paid off. The store was one of the top-ten in the franchise. Did I find more time for my art? Not much. The store included a gallery, showcasing local and international artists, as well as my own work. This forced me to make time for my art. The business was both fulfilling and demanding as its own creative endeavor. Selling it, in 1988, provided the income for me to transition into my next business—designing knitwear (another creating story).

On this journey I discovered that being a creator is a life practice. Creating is bringing thought into form through working with things as they are while staying committed to your vision. Was there luck, auspicious coincidence, the support of others? Absolutely. Still, it took dedication and perspiration, as well as aspiration. Each obstacle led to new opportunities. The open space of ‘don’t know’ led to new answers. I learned more in the two-plus years of buying that business than I did in my four years of college—experiential learning that gave me the confidence to create in all areas of my life, from business to artwork to my latest book, Be, Awake, Create. With a creator’s orientation, one’s whole life is a medium for expression, obstacles and all. 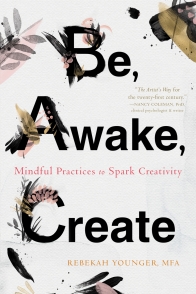 Rebekah Younger, MFA, is a multidisciplinary artist with over thirty years of experience as a professional creative entrepreneur, designer, and teacher. Younger completed an MFA in interdisciplinary arts at Goddard College, with a focus on contemplative art, Buddhism, and photography/video/installation.