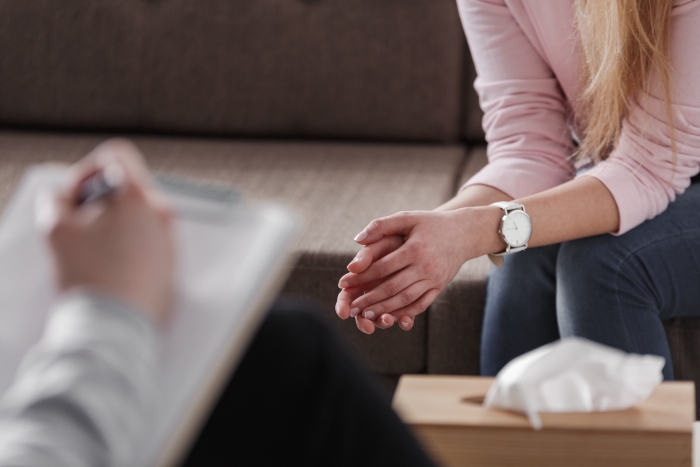 By Louise McHugh, PhD, co-author of A Contextual Behavioral Guide to the Self

Russ: Given there are already a bazillion-and-one books on “self,” why did you write this one? How is it different to all the others?

Louise: Following on from the popularity of The Self and Perspective Taking, we thought it might be useful to provide an authored overview of a contextual behavioral science (CBS) approach to self. We wanted to write something that brought together a number of the key ideas in a unitary thread that ideally might appeal to people from non-CBS backgrounds as well as to those within CBS. Also, we wanted the emphasis to be on CBS rather than acceptance and commitment therapy (ACT). That meant trying to provide a relatively clear and comprehensive introduction to the philosophical (functional contextual) and scientific (CBS and relational frame theory [RFT]) foundations, as well as getting into an up-to-date level of detail about key concepts, such as the different patterns of “self-ing” and how they interact. We try to connect the theory with clinical application—how to apply key concepts to promote patterns of healthy (flexible) self-ing (where of course it overlaps with ACT), as well as repertoires of empathy and compassion. We try to connect practitioners with basic empirical work and theory to let them see whether a better grounding in these might allow more flexibility in approaching the self in practice. Plus, it’s not just for therapists, but also for any practitioner dealing with potential self-ing problems; and not just in others, but also in themselves.

Russ: Why do therapists need a good theoretical understanding of “self”?

Louise: A sound theoretical understanding helps promote sound practice. For any practitioner, the better your basic theoretical understanding of the processes you work with, the more flexible and adaptive you can be (as already indicated in previous CBS books, such as Mastering the Clinical Conversation). Hopefully this book provides a readable, coherent account of how CBS approaches self, starting with philosophical foundations, moving up through (contextual) behavior analysis and basic RFT, then getting into the detail of the RFT approach to perspective taking, and then into the highest-level patterns of self-ing and how they interact. We look at how our sense of self develops, from infancy to adulthood; how this process can “go wrong” to create common problems of self, as well as what a healthy sense of self might involve. After that, we try to describe how an RFT knowledge can enhance applied work, including designing interventions that can target particular patterns of self-related problems.

Russ: What are some common “self” problems in clinical practice?

Louise: Some problems that we mention include:

What we try to lay out in the book is how we can think about self-ing patterns such as these in terms of a basic functional analytic conception of human language as relational framing, and how we can use this conception to move toward patterns of healthier self-ing.

Louise: Given that we’re not born able to talk about ourselves (or others), we need to acquire this repertoire via our experiences. Once we start to learn relational framing, we can start to frame our own behavior (as well as that of others), and a sense of self starts to emerge. For a healthy self to develop, frequent verbal interaction with those around us—including not just distinguishing between “I” and “Others” (“you,” “he,” “she,” “they,” etc.), but also plenty of reference to our own feelings, preferences, et cetera—is critical. In other words, it’s really important that other people (caregivers, peers, etc.) talk to the child about themselves and their feelings and what they like and don’t like, and that they ask and answer questions about the child’s behavior as well as that of others. Two foundational skills in acquiring a sense of self are accurate labeling of experience and deictic relational framing. A child needs to be able to discriminate and label their internal experiences to be sensitive to contextual influences. If they can’t discriminate what they’re feeling (e.g., hurt, excited, angry, happy) about particular experiences, it’ll be very difficult for them to learn about what’s important to them. We discuss Skinner’s insights into training discrimination of private (subjective) experience, as well as how RFT expands on that; in particular, how children learn deictic framing (e.g., “My perspective HERE and NOW is different from yours THERE and THEN.”) so that they can describe their experiences as happening to them and not to someone else. As they gain in experience and acquire an increasingly sophisticated verbal repertoire, this supports an increasingly elaborate and multilayered idea of who they are, what they like, and what’s important to them.

Russ: What would you hope for a clinician to be able to do differently, as a result of reading and applying this book?

Louise: To be able to take a more functional and thus flexible approach to problems of self, both in terms of assessing how such problems can arise as well as how to address them. Incidentally, one thing we think might be helpful in adopting this kind of approach more is to think in terms of “self-ing” rather than “self.” We use the former a lot in the book to underline the idea of self as behavior (i.e., verbal responding to your own responding) rather than as a static thing. This can boost a more functional approach, involving fostering and broadening particular patterns of activity rather than finding and/or changing some kind of elusive entity. 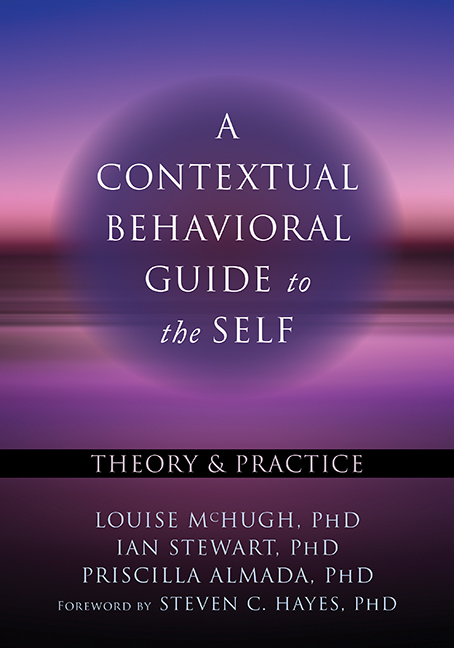 Louise McHugh, PhD, is associate professor of psychology at University College Dublin, a peer-reviewed ACT trainer, fellow of the Association for Contextual Behavioral Science, and coeditor of The Self and Perspective Taking.