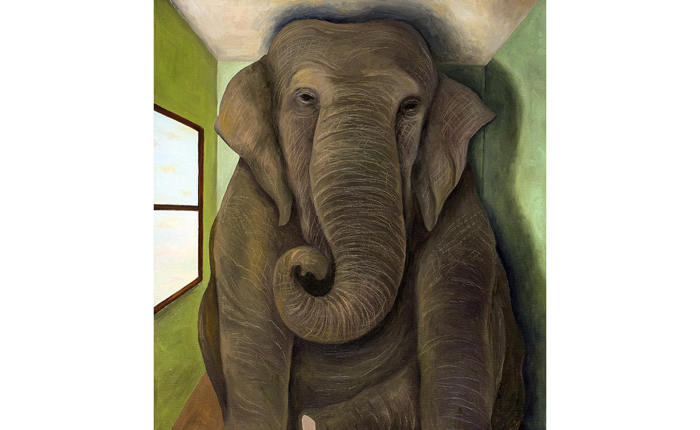 In acceptance and commitment therapy (ACT), it is acknowledged that overidentification with literal language leads to psychological inflexibility, which is at the core of human suffering. To address some of the tricks that language often plays on people, therapists need to use language in an experiential way, and this is the path chosen by ACT and other third-wave therapies.

One way therapists can do this is through experiential techniques, including mindfulness, defusion, and self-as-context exercises. But formal experiential exercises aren’t the only way to help clients undermine the negative effects of language. Therapists can point clients’ attention toward their direct experience simply by means of questions, reformulations, and prompts to adopt a different perspective.

And certain forms of language are themselves genuine experiential triggers. In particular, metaphors are emblematic of the experiential use of language in ACT, which employs this tool for a specific purpose. Metaphors make abstract concepts concrete by providing a rich verbal context that evokes thoughts, feelings, and behaviors similar to those evoked by the client’s actual situation. They can illustrate situations that are rich in emotional and perceptual detail, actually mimicking direct contact with the environment, making the experience of the environment more memorable, and creating a verbal world where clients can explore new behaviors. Metaphors also have the power to draw attention to salient features of a situation that may go unnoticed in clients’ real-world environment, thus liberating them from the cage built by language. Here, relational frame theory (RFT)provides guiding principles for building metaphors that have maximal therapeutic impact.

From an RFT point of view, language is made of relations among things. We build and understand relations, and we respond to these relations. In some cases, a simple relation between two events can influence our behavior. For example, if a waitress brings a dish to our table and says, “It’s very hot!” we will probably be careful when touching the plate. We understand the relation built by the waitress between the plate and “hot,” and this influences the way we interact with the plate. In other cases, a combination of simple relations can govern behaviors in a more sophisticated way, as when one follows complex instructions (O’Hara, Barnes-Holmes, Roche, & Smeets, 2004).

One example of a metaphor commonly used in ACT is the classic Hungry Tiger metaphor (Hayes, 2005), which consists of asking a client to imagine finding a baby tiger in front of her door and having to take care of it until a shelter is found. As days pass, the tiger begins growling with hunger, so the client gives him some food, but the tiger gets stronger as a result, and when he gets hungry again, he becomes very aggressive. The client has no choice but to give more food to the tiger, which makes him even stronger and more aggressive when hungry, creating a vicious circle. This metaphor is presented to the client to draw a parallel with counterproductive attempts to suppress painful emotions.

A relation of equivalence also exists between two conditional relations here: “If I feed the tiger to calm him down, the tiger will get stronger and more aggressive; and if I try to suppress my painful emotions, the emotions will get stronger and more difficult to bear.” Yet clients often consider avoidance to be the best strategy for alleviating suffering, probably because of the short-term relief often afforded by emotional suppression and because of the insensitivity generated by following rules (in this case, “I need to think of something else so I can feel better.”) You can use such a metaphor to direct the client’s attention to the concrete consequences of her actions in a context that’s topographically different from her problematic situation but that contains a similar functional sequence. If the client perceives the functional equivalence between the two situations, she may see her own emotional suppression as counterproductive in the long-term, creating an opportunity for behavior change.

There are numerous metaphors created by the community of ACT therapists, in a variety of languages and cultures, targeting different processes, and using different forms. In some cases, the metaphor has the form of a concrete exercise requiring clients to take action and observe the consequences of different strategies. One example, which appears in the chapter by Villatte, Villatte, and Monestes in The Big Book of ACT Metaphors, is called the Blind Writing exercise; it consists of asking the client to write a sentence on a board while the therapist puts a visual obstacle in front of his eyes. In the first phase, the client is asked to do everything he can to be able to see while writing, which leads to spending all his energy on avoiding the obstacle rather than on writing. In the second phase, he’s asked to try another approach: instead of attempting to get rid of the obstacle, he’s asked to focus his efforts on writing, even if he can’t see the board. With this approach, the client is generally able to write a legible sentence—without the frustration and wasted energy of struggling with the obstacle. A relationship is thus established between trying to get rid of painful emotions and trying to get rid of the visual obstacle. In both contexts, attempts to remove the obstacle monopolize the client’s efforts and detract from the goal at hand, whereas accepting the presence of difficulties—painful emotions or the visual obstacle—allows the client to engage in the desired action with success. In this physical metaphor, as in metaphors presented as stories, the ultimate goal is to transform the function of the problematic behavior so that ineffective strategies can be seen for what they are, allowing new behaviors that better fit the environment to emerge.

Hayes, S. C. (with Smith, S.). (2005). Get out of your mind and into your life: The new acceptance and commitment therapy. Oakland, CA: New Harbinger.