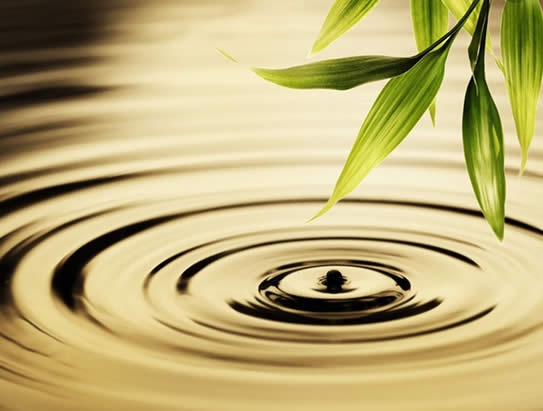 Editor’s note: The following is a guest post written by Arnie Kozak, PhD, author of The Awakened Introvert: Practical Mindfulness Skills to Help You Maximize Your Strengths and Thrive in a Loud and Crazy World.

Our folk and research understanding of happiness tends to be expressed in extroverted terms. To be happy is to be having fun, adventure, and social connectivity. A loud party would be the quintessence of fun and, perhaps, the ground source for happiness.

Think of the ad campaign for Bud Light, “Up for Whatever.” A guy and his pals walk into a bar and order a Bud Light. The attractive bartender asks is he is ready for “whatever happens.” He assents and then they go out of the bar and across the street where they gain entry to a massive party, replete with DJ and hundreds of (if not over a thousand) screaming people. He becomes a human PacMan and exhorts with excitement, “What is going on here?!” The fun is energetic, social, and relentless. It’s a scene that would make an introvert blanch and want to retreat to that quiet bar down the street where they don’t serve Bud Light.

A recent study by Zelenski, Santoro, and Whelan (2012) lends support to the view that being extroverted is the way to be happy. They asked participants to behave like introverts and extroverts, regardless of their natural personality. Not surprisingly, subjects felt better when they acted like extroverts, even the extroverts in the group. But let’s look closer at the study design. How were the “extroverts” and “introverts” supposed to act? The script for extroverts encouraged subjects to be bold, talkative, energetic, active, and assertive. The script for introverts instructed them to be reserved, quiet, lethargic, passive, compliant, and unadventurous. These scripts represent an antiquated version of introversion. Introverts can certainly be energetic and assertive about things they care about. They can even be talkative. The instructions for introverts in the study sound like a directive to be depressed. No wonder everyone felt better following the extrovert script.

Hills and Argyle (2001) are some of the few researchers to identify the anti-introvert bias present in research. They lament, “The view that extroversion is a preferred state has come to be widely accepted among social psychologists. In consequence, introverts are sometimes represented as withdrawn, isolated or lacking social competence, rather than as individuals who seek independence and autonomy.” Indeed, the connection between the sociable extrovert and happiness may just reflect the culture’s prevailing tendency towards this gregarious way of being. Such gregarious sociability was not in favor in the ancient Greece of Aristotle and Epicurus both of whom advocated a thoughtful, introspective life away from the masses in relative solitude—an introverted ideal that is lost in the popular culture today. Nor was the contemporary view of extroversion favored during the time of the Buddha in ancient India, where he advocated an introverted path of looking within. The mindfulness methods that he taught required sitting alone in silence and being self-sufficient in solitude. This could be done within a group, but the critical action was internal.

In The Awakened Introvert I have sought to provide an alternative definition of happiness that is inclusive of the way that introverts tend to live in the world. Drawing on mindfulness meditation practice and the psychological teachings of the Buddha, happiness can be found in low-arousal emotions such as interest, contentment, tranquility, and appreciation of everything that is happening around us in every moment—that is—in being mindful. This version of happiness is more robust, available, and enduring because it has equanimity at its core. Equanimity is our capacity to engage with whatever is happening in a manner that is curious and neither pushes the experience away (through avoidance) or tries to cling to the experience with a sense of anxiety (through attachment and the sense that “I need this; I want this”). From this perspective, it is possible to be “happy” even when things are not going well. There is a great freedom found in the capacity to bring equanimity to bear in the present moment.

With this definition of happiness in mind, you don’t need a lot of stimulation, entertainment, or action. Joy is always ever a breath away. This introverted version of fun is self-sufficient because it does not necessarily require conditions or the contributions of others. Not that the quiet pleasures of introversion can’t be social. They just don’t have to be.

Kozak, A. (2015). The Awakened Introvert: Practical Mindfulness Skills for Maximizing Your Strengths and Thriving in a Loud and Crazy World. Oakland: New Harbinger.