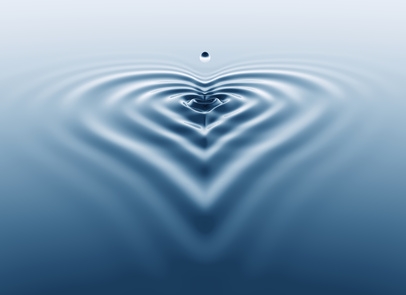 If you’re just joining us, we’ve been discussing an integrative protocol within the tradition of cognitive behavioral therapy for the treatment of psychosis. This integrative treatment model serves as the foundation for the approach presented in a groundbreaking text by Nicola Wright, PhD, Douglas Turkington, MD, and their colleagues, Treating Psychosis: A Clinician’s Guide to Integrating Acceptance and Commitment Therapy, Compassion-Focused Therapy, and Mindfulness Approaches Within the Cognitive Behavioral Therapy Tradition.

Positive psychotherapy is an empirically validated, strengths-focused approach to therapy that emphasizes client strengths and positive emotions to enhance life meaning, well-being, and happiness (Seligman, 2002). Positive therapy approaches are implicit in the recovery movement for those with lived experience of psychosis (Copeland, 2010). The approach is inherently empowering, destigmatizing, and affirming. Rather than focusing predominantly on symptoms, deficits, distressing emotions, and pathology, a positive psychology orientation incorporates strengths, qualities, resources, and an emphasis on the development of positive, pleasurable emotions to move in the direction of valued life goals and enhance meaning in life. In positive psychotherapy, strengths and positive emotions are crucial to engagement, a healthy therapeutic alliance, and a foundation and focus for treatment.

Another element of the protocol is the piece drawn from compassion-focused therapy (CFT), which directly addresses high levels of shame and self-criticism that are often present in clients suffering from psychosis. Those who struggle with elevated levels of shame and self-criticism born from a history of abuse, neglect, or bullying often do poorly in therapy and are unable to feel safe and equal in their relationships with others (Gilbert, 1992; Gilbert, 2009). Importantly, shame and self-criticism evoke maladaptive patterns of thought and behavior that serve to maintain and exacerbate negative internal states such as psychosis (Gilbert et al., 2001).

In the context of CFT, compassion reflects specific skills and attributes, the foremost being compassionate mind training (Gilbert, 2009), a collection of techniques that facilitate the individual’s increased awareness of negative interactions with the self. Over time, the blaming, self-critical stance toward oneself is substituted with an approach that emphasizes care for well-being, sensitivity, sympathy, distress tolerance, empathy, and nonjudgment (Gilbert, 2009).

Compassion-focused therapy is based on the relationship among three types of emotion regulation systems, drive, safety, and threat. Using compassion-focused approaches enhances the safety or compassion-based soothing system while diminishing the threat-focused emotion regulation system, thereby enhancing the ability to activate (drive) and move in the direction of valued goals. Drawing upon techniques of many empirically supported psychotherapies, compassionate mind training is highly amenable to integration into emotion-focused therapy and CBT protocols.

There is considerable prima facie evidence for the use of compassion-focused therapy in the treatment of psychosis. For example, it has been demonstrated that severity of illness in psychosis often correlates with the intensity of self-criticism and negative interpretations of the self, particularly in the context of complex presentations with comorbid mood and anxiety disorders (Tai & Turkington, 2009). Moreover, among individuals with psychotic disorders, self-criticism appears to herald a risk factor for relapse (Gumley, Birchwood, Fowler, & Gleeson, 2006). Finally, it has been suggested that the distressing hallucinated voices often experienced by individuals with psychosis tend to echo and perpetuate negative dynamics evident in the individual’s everyday life with others (Tai & Turkington, 2009).

Research and support for the effectiveness of compassionate mind training in the treatment of psychosis is growing. Laithwaite and colleagues (2009) found that among a small sample of individuals with psychosis who received a yearlong intervention with integrated compassionate mind training, significant benefits were apparent with respect to measures of social comparison, mood, shame, self-esteem, and overall well-being. Braehler and colleagues (2013) found significant clinical improvements and significant increases in compassion. Notably, significant increases in compassion were associated with decreases in depression and social marginalization ratings. For a description of the application of group CFT for recovery after psychosis, see Braehler, Harper, and Gilbert (2013). For excellent resources on the science and practice of self-compassion, see Germer (2009) and Neff (2011).

Next week we’ll wrap up our series on the integrative treatment protocol for psychosis with discussion of mindfulness for psychosis as well as behavioral activiation. For more information on this groundbreaking approach, check out Treating Psychosis: A Clinician’s Guide to Integrating Acceptance and Commitment Therapy, Compassion-Focused Therapy, and Mindfulness Approaches Within the Cognitive Behavioral Therapy Tradition.