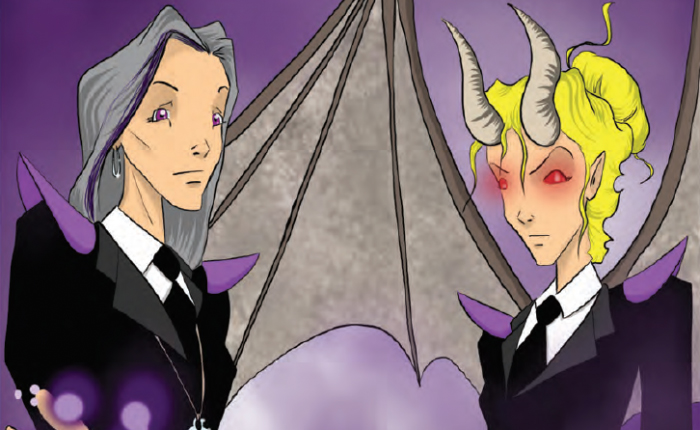 By Janina Scarlet, PhD, author of Dark Agents, Book One

Growing up, I had always longed for a sense of home. Not just a place to live, but more of a place in which I could be safe, loved, and accepted. I was always a shy, awkward kid, who always felt at least ten years older than I actually was, which made making friends with kids my age very challenging.

Before I reached my third birthday, there was a massive explosion a few towns away from where I lived, at the Chernobyl Nuclear Power Plant. As a result, I spent most of my childhood being in and out of hospitals being treated for acute radiation syndrome, which destroyed my immune system. I also spent a lot of times indoors, unable to be around people, often not being able to go to school, sometimes for weeks at a time due to my worsening symptoms.

I remember feeling the excruciating pain of loneliness at the core of my stomach, sometimes wanting to scream, but only being able to silently cry in my room. I remember wishing that I could have friends that supported me. I sometimes wished that I could design a robotic friend: one who would understand me and would always be able to say the kindest, most compassionate things that I needed to hear. That’s when the idea of Cassie first came to me. Although her design evolved over time, what I always envisioned was that Cassie would function as a kind of a supportive and friendly robot (or AI), one who can be someone’s best friend but also a guide, both navigational and emotional. With a Cassie, I reasoned, no one would ever be lonely again.

I was seven when the violence started. Growing up in a city that was occupied and burned down during WWII by the Nazis, I was not unfamiliar with anti-Semitism. However, I did not think that I would ever see its horrors outside of the city museums and memorials.

As a child, I did not have the words or the pictures to describe what had happened to me. I longed for connection and understanding but did not know how to find it. And so, as an adult, I put together a series of graphic novels to illustrate what different mental health struggles can look like. The intention of these books is to show what trauma can look like, as well as what racism and prejudice can look like through the metaphor of witch burning. And I also wanted to show the incredibly healing effects of support and friendship.

And so, in the first installment of Dark Agents, we learn about Violet, a witch with post-traumatic stress disorder (PTSD), whose mother was killed for being a witch and whose father was killed for being a “witch-lover.” Much like so many children at the age of the global pandemic, Violet is not allowed to leave the house in order to keep safe. In addition, she is stuck with the pain of her unprocessed trauma. For many years, Cassie—her AI—is her only friend.

When Violet joins Hades’ Underworld Intelligence Agency (UIA) in order to fight supernatural monsters, she has to come face to face with her traumatic past. In order to be able to complete her training at the UIA, Violet and her classmates must all learn psychological flexibility skills from acceptance and commitment therapy (ACT), such as mindfulness (seen in the first book). Throughout the series, Violet and her friends will learn other ACT skills, such as defusion, core values, acceptance, etc. Each book is written from a different character’s point of view, allowing the reader to connect and empathize with that character’s struggle with a mental health experience.

I wrote this series because the kid in me really needed books like these back then to know that I was not alone, to know that someone understood, to know that things will be okay in the end, and to learn how to face what I was going through. I wanted to do it in the medium that kids could relate to—a graphic novel, in which the facial expressions of grief and trauma can speak louder than any descriptive narratives that one could write. The book’s illustrator, Vince Alvendia, spent over a year ensuring that each facial expression was accurate to illustrate each character’s emotion and mental health experience.

Over the past six months, I have been hearing from numerous parents of children and teens, stating that the book has helped them to face their own internal monsters, especially the monsters of trauma after being bullied, assaulted, or abused. My goal is to create an environment in which any kid, teen, or adult would feel safe and welcomed; a place in which they can be themselves, a place in which they will not have to be alone. And as you read it, I hope that you might rediscover the magic within yourself that has always been there. I hope that in the series, you might find your voice, as well as your allies and mentors. I hope that in the series, you might find healing. In short, welcome home.

Janina Scarlet, PhD, is a licensed clinical psychologist, an award-winning author, and a full-time geek. A Ukrainian-born refugee, she survived Chernobyl radiation and persecution. Scarlet immigrated to the United States at the age of twelve with her family, and later, inspired by the X-Men, developed Superhero Therapy to help patients with anxiety, depression, and post-traumatic stress disorder (PTSD). She has been awarded the United Nations Association Eleanor Roosevelt Human Rights Award for her book, Superhero Therapy. Her other books include Harry Potter Therapy, Therapy Quest, and Super-Women.