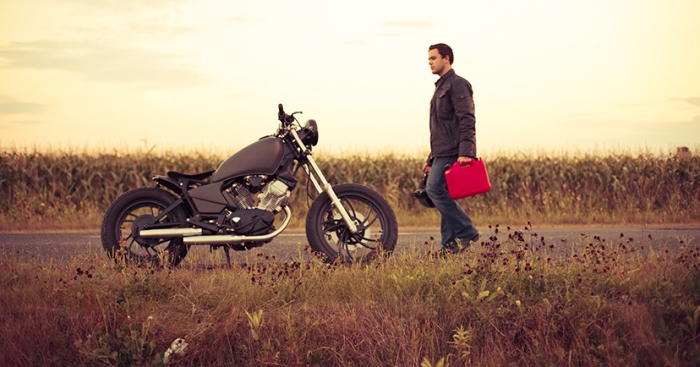 By Ben Sedley, author of Stuff That Sucks

I’d barely pulled out of the gas station into busy Friday afternoon traffic when the rental van stalled and wouldn’t restart. Cars honked their horns as I blocked a lane until finally someone helped push me to the side of the road.

I called my mechanic. He diagnosed the problem in less than a minute when he asked what type of gas I’d put into the van. I could answer that question quickly because I put in the same gas I’d put in every vehicle I’d ever driven, the same gas my father had taught me to use when I was first learning to drive, the same gas that was advertised in big letters at the gas station I went to. I’d always put 91 in my cars so I did it again without thinking.

“Your van takes diesel,” replied the man in a bemused tone, before arranging a tow truck to take me somewhere to get the tank drained and refilled. Several hours and hundreds of pounds later, I was back on the road.

This week I was reminded of that embarrassing evening when I sat with one of my clients. Let’s call her Tania. She is in her early 20s and has a long history of hating herself, blaming herself for everything and calling herself an idiot for struggling with tough life events because others have it so much worse than her. She knew if she left her house more often, exercised more, and took her medication more frequently she would feel much better. She told herself that it should be easy to do these things and she was stupid for not doing them. I asked about her strategy of putting herself down until she felt strong enough to go out.

That mean voice in her head telling her that it should be easy didn’t seem to make these tasks any easier.

“But I am an idiot.” she countered. “If I was nicer to myself I’d never get anything done. I can’t make excuses, and I have to get my life sorted already. Everyone else is able to do these things.”

Every day, Tania kept filling up her internal gas tank with this “mean” gas—a gas made up of ingredients like “it should be easy” and “I’m an idiot for not doing it.” And every day, she stalled. It makes sense that this is the gas she uses—it’s what her parents taught her to use, it’s the advice friends give her in one way or another, and every day she sees ads telling her that she should “just do it” or “seize the moment.”

Blaming herself for everything even helped protect her from the much more frightening truth: that the world was unpredictable and unfair. So this was the gas she used, and the more she stalled, the more mean gas she added to her tank.

“Thinking back over your life, how many times has putting yourself down made it easier to get things done?” I asked.

“But I deserve it,” she replied, not answering my question.

“How often would you talk to other people in that tone of voice you use on yourself?”

“I’d never do that—others don’t deserve it. They’re not idiots like I am.”

It seems mean gas was something she reserved for herself, while others were allowed to make mistakes. I asked her what she thought might happen if she experimented with using a different gas. We could call it compassion gas, made up of thoughts like “This is hard and I can do it.” A gas with active ingredients such as kindness, confidence, strength, and wisdom. The gas that she wants everyone else to use.

It wasn’t easy for her to experiment with using this gas. The mean gas couldn’t be drained away. It continued to tell her that she didn’t deserve compassion and that she should be able to just get on with everything. And even with all that noise, she did try put in some compassion gas. She told herself that she didn’t choose to struggle, even when things haven’t gone the way she would like. She told herself she can get herself back on track, even if the drive will be slow, bumpy, and even painful at times. And she said these things to herself in a kind voice. As she said those things to herself, she started sobbing, yet described it as good kind of crying, like she had finally found some relief.

The next time we met, she described her past week in a way that reminded me of my drive home from the mechanic all those years ago. She felt shaky and ashamed that she had found it so hard to start moving again. At the same time, she had made steps in directions where she wanted to move. She had shown herself kindness even when the mean gas was still telling her she didn’t deserve it.

The mean gas never emptied completely from her tank, but it was the compassion gas that helped her get going again when she stalled. 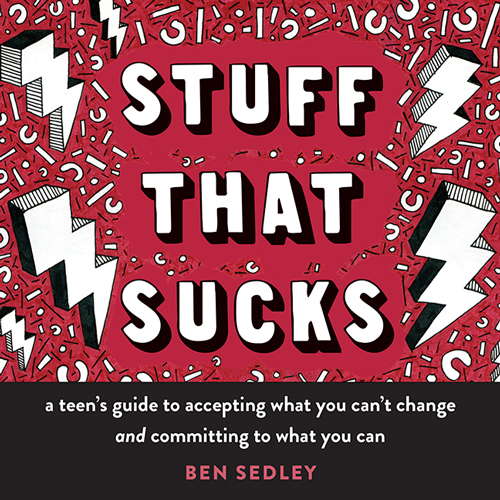 Ben Sedley is a clinical psychologist and acceptance and commitment therapy (ACT) practitioner with over fifteen years of experience working with adolescents and families facing mental health difficulties. He is the author of Stuff That Sucks: A Teen's Guide to Accepting What You Can't Change and Committing to What You Can.