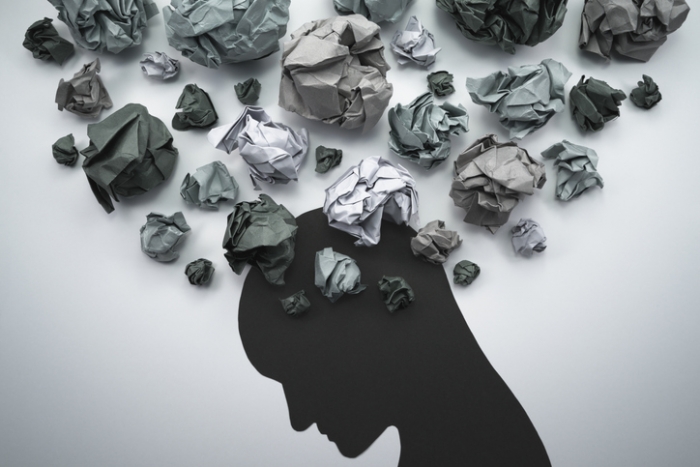 By David Carbonell, PhD, author of Outsmart Your Anxious Brain

If you suffer from panic attacks, phobias, obsessive thoughts, and all the other ways that chronic anxiety disorders can hijack your life and your freedom, here’s the good news:

You can overcome chronic anxiety. You can get your life back.

Here’s the big picture: Panic and anxiety literally confuse and trick you into changing your everyday behaviors to oppose, flee, and get rid of the anxiety symptoms. It’s easy to get tricked this way, because the anxiety symptoms are so uncomfortable and unpleasant that anybody would want to get rid of them. And so, once you’ve been frightened and upset by a first panic attack, or obsessive thought, or instance of very high anxiety, you’ll naturally be motivated to avoid and protect against it. Anybody would!

And that’s how you get tricked. It’s like that moment in a crowded subway car when someone yells out “watch out for pickpockets,” and everybody in the car checks their wallet to make sure it’s still there. They just tried to reassure themselves that they haven’t been robbed, but the person who called out “watch out for pickpockets” was probably one of the pickpockets, and if you just patted your wallet, now they know where it is. Now you’re more likely to be robbed.

You’ve probably tried a variety of “safety behaviors” to avoid and resist the symptoms of anxiety. Maybe you avoid places and activities that you think may trigger your anxiety. Maybe you bring particular objects (or people) you hope will help—cell phones, water bottles, medications, favorite snacks, and more—in an effort to feel calmer and more protected. Maybe you try to avoid “bad thoughts” that aggravate your anxiety, trying to distract yourself from the unpleasant thoughts, arguing with them when they do appear, and seeking continual reassurance from others (and maybe the Internet). Maybe you wear your lucky shirt when you face an anxiety-provoking task. There’s probably a variety of ways you seek to oppose, avoid, and resist anxiety.

And yet, if you’re like most people, you probably find “the harder I try, the worse it gets.” You may find yourself telling a therapist, as so many people have told me, “Despite my best efforts, my anxiety keeps getting worse.”

I feel for people when they tell me that. I know what a frustrating and bewildering experience that is. It’s heartfelt and sincere—“despite my best efforts, my anxiety keeps getting worse.”

If you put a discarded can or bottle in your recycling bin, it’s going away and not coming back. You can dispose of physical objects you don’t want. But if you try to dispose of some unwanted anxiety symptom—an unpleasant “what-if” thought, an uncomfortable sensation in your chest or breathing, a sense of dread about a future task—that symptom is more likely to come right back, like a boomerang. You can throw away items you don’t want and they won’t come back. You can’t do that with unwanted thoughts, emotions, and physical sensations. The efforts you make to rid yourself of those symptoms, those are the “best efforts” that make them worse.

Want to try an experiment? Pick out a soft, repetitive sound in your area now. Maybe it’s the blower that brings heat and cooling into your home, or an aquarium pump, or the breath of a sleeping dog. Notice that sound. Now stop paying attention to that sound. Keep it out of your mind for a minute.

How did you do? You probably noticed that sound all the more, for your efforts to get rid of it. Even if it seems to you that you stopped noticing the sound, I might ask, how did you know? The only way you can tell if you’ve stopped paying attention to something is to look for it…and there it is again!

That’s how it is with anxiety symptoms. The more you oppose them, the more you get what you didn’t want. No wonder people find it so frustrating and difficult!

You’ve probably heard that the most effective treatment method available for anxiety disorders is called “exposure and response prevention (ERP).” This means spending time with the activity, object, or location that you fear; allowing yourself to get anxious; and giving the anxiety time to subside without resisting or avoiding the anxiety in any way.

It’s usually difficult for people to embrace this method at first, for two reasons. First, it asks them to do the opposite of their gut instinct, which is to treat the anxiety like a danger and resist or avoid it. Second, many of the ways that people resist anxiety are subtle, and it takes time to notice and change those habitual responses. But this is the path out for chronic anxiety sufferers. If you’ve read this article to its conclusion, then I think that means that you’re smart enough and able enough to follow this path to the recovery you seek.

Someday I hope we’ll get rid of the term “anxiety disorders” altogether, because it’s misleading. What we call the anxiety disorders today could more usefully be labelled “disorders of excessive self-protection” because that’s really how they function. As you let go of the “protection” of the safety behaviors, you can move more effectively to the recovery you seek.

For more ways to outsmart your anxious brain, download an excerpt from David A. Carbonell’s new book, Outsmart Your Anxious Brain.

David A. Carbonell, PhD, is a clinical psychologist who specializes in treating anxiety in all its forms. He is author of Panic Attacks Workbook, The Worry Trick, and Fear of Flying Workbook. He is “coach” at the popular self-help site www.anxietycoach.com, and has taught workshops on the treatment of anxiety disorders to more than 9,000 professional psychotherapists in the U.S. and abroad. He is a long-standing member of the Anxiety and Depression Association of America, and a frequent presenter at their annual conferences. He received his doctorate in clinical psychology from DePaul University in 1985, and has maintained a practice devoted to the treatment of anxiety disorders since 1990. He lives in Chicago, IL, with his wife and a pair of rescue dogs. In his spare time, he is founding member of The Therapy Players, an improvisational comedy troupe of professional psychotherapists which performs at clubs, theaters, and mental health conferences throughout the Chicago area.