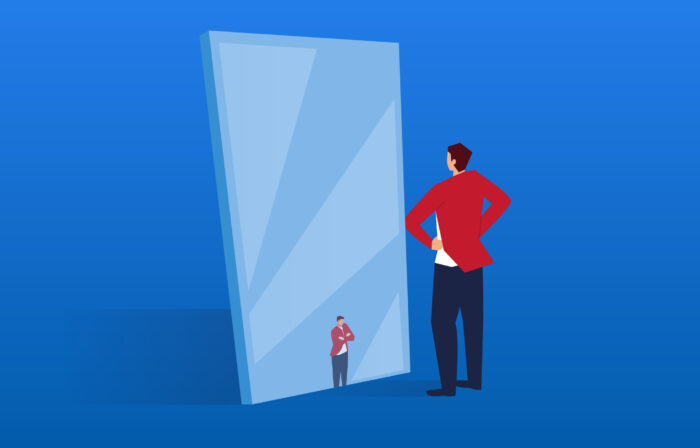 By Kimberley Quinlan, LMFT, author of The Self-Compassion Workbook for OCD

For the last ten years, I have had the honor of working alongside my patients with obsessive-compulsive disorder (OCD) as they work toward two main goals: 1) Practice allowing their intrusive, unwanted, repetitive obsessions and, 2) Practice reducing and eliminating their compulsive safety behaviors. These behavior modifications are the core components of OCD treatment and are commonly achieved by using exposure and response prevention (ERP), the gold-standard treatment for OCD and a form of cognitive behavioral therapy (CBT).

What I have learned over my time treating OCD is that these behavior modifications are often nearly impossible when the person with OCD is engaging in high levels of self-criticism, self-judgment, and self-punishment. My hope in this article is to explain why these behaviors interfere with OCD treatment and recovery, and direct you toward practices that can combat these issues.

Well-trained ERP therapists will commonly begin treatment with their clients by first educating them on the obsessive-compulsive cycle (O-C cycle), a concept that visually explains how OCD perpetuates itself through obsessions and compulsions.  In the diagram below, the O-C cycle begins with an obsession. When a person with OCD experiences an obsession, they are quickly overwhelmed with anxiety, uncertainty, and doubt. Once they experience this anxiety, they, like any human being, instinctually want to remove or eliminate their discomfort.

Given that their brain is screaming that something is terribly wrong or that something horrific may potentially happen, the person with OCD then engages in compulsions in an effort to remove the perceived fear or uncertainty.

I think all OCD therapists would agree that people with OCD tend to be incredibly hard on themselves, and this makes it even harder to break the cycle of obsessions and compulsions.  They judge themselves for not being able to stop engaging in compulsions. I have consistently found that people with OCD beat themselves up for not being able to “solve” the uncertainties they experience, and get frustrated at themselves for how anxious they feel. Simply put, their self-criticism and self-judgment reinforce their O-C cycle even more and greatly interfere with their treatment and recovery.

Below, I will outline how self-criticism, self-judgment, and self-punishment interfere with OCD recovery and treatment. And finally, I will offer some solutions to these roadblocks (hold on until the end!)

Very early on in my internship, I noticed that the people with OCD who engage in heavy degrees of self-criticism experienced higher degrees of distress when experiencing their obsessions. Their self-judgment increased their overall level of overwhelm, despite already being in a high level of distress. Every time they had an anxiety-provoking thought, they would judge themselves, doubling their distress and sometimes sending them into full-blown emotional dysregulation. Not only was this painful, but it also increased their avoidance of anything that triggers intrusive thoughts.

My patients with OCD who tend to be more critical of themselves also report many maladaptive beliefs that make them more likely to engage in compulsions. These beliefs (or “views”) include thoughts such as, “I deserve to be judged. These thoughts are horrendous,” or, “I don’t deserve to be treated well because of the content of my obsessions.” These beliefs are based on faulty assumptions that our thoughts define what kind of human we are, and that “we should only have good thoughts,” etc. When someone with OCD has intrusive thoughts and they deem them “wrong,” they end up giving too much value to their thoughts and reinforce the O-C cycle.

One of the biggest casualties of having OCD is that it attacks one’s values and identity. People with OCD often experience obsessions about the things they love most (kids, partner, job, family, hobbies, etc.). If someone with OCD has an intrusive thought about the thing they care about most, they are highly likely to not only judge their obsession as “bad and wrong,” but also label themselves as “bad” or “wrong” for having them. This shame-based behavior usually leads to an increased urgency to absolve their “wrongness,” which results in the person with OCD performing more and more (and more) compulsions. What was once an attempt to remove anxiety and uncertainty then becomes an attempt to prove one’s worth and value. As a result, self-criticism and self-judgment can increase the frequency and duration of compulsive behaviors, which is the opposite of what OCD recovery aims for.

Self-Punishment: A Pervasive Yet Hidden Compulsion

Sometimes, people with OCD use self-punishment in an attempt to prevent one’s obsession. To avoid the shame and guilt associated with their obsessions, they may engage in self-punishing behaviors such as forcing themselves to engage in unenjoyable behaviors or chores, withdrawing from engaging in pleasurable activities, and in some cases, self-harm. While self-punishment may be considered by some as a form of self-motivation, for the person with OCD, this behavior simply acts as a compulsion, and again, only reinforces to O-C cycle and prolongs one’s recovery.

Is There Another Solution?

Implementing self-compassion can supercharge one’s treatment and recovery, with self-compassion serving as the ULTIMATE response to a thought that terrifies and terrorizes the person with OCD.

Kimberley Quinlan, LMFT, is a psychotherapist in private practice specializing in the treatment of obsessive-compulsive disorder (OCD) and related disorders. She has been practicing meditation and mindfulness for many years, and has a special interest in the integration of mindfulness and self-compassion principles with cognitive behavioral therapy (CBT) for OCD, anxiety disorders, and eating disorders. Kimberley is host of the Your Anxiety Toolkit podcast, and founder of www.cbtschool.com—an online psychoeducation platform for OCD, anxiety disorders, and body-focused repetitive behaviors (BFRBs). Quinlan is known for her vibrant and mindful approach to mental health issues, and is an expert presenter and support group facilitator for various conferences worldwide. She has been featured in many world-renowned and prestigious media outlets, including the Los Angeles Times, The Wall Street Journal, and The Washington Post; and has consulted on various mental health issues for programs such as ABC’s 20/20.