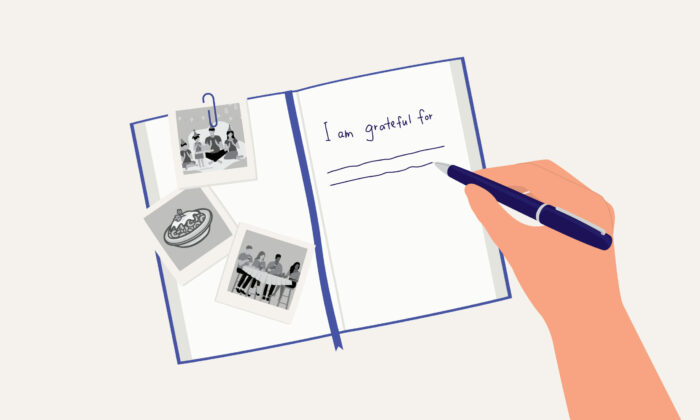 By Jeremy Adam Smith, coeditor of The Gratitude Project

As Americans approach Thanksgiving 2022, they’re stressed. According to a new report from the American Psychological Association, a stunning 27 percent reported “that most days they are so stressed they cannot function.”

The causes are often social, political, and economic, though they strike at some of our most personal hopes and fears: inflation (something 83 percent are worried about), violence and crime (75 percent), and the current political climate (66 percent).

In this kind of environment, is there any place for thankfulness? The Gratitude Project was originally published in September 2020. You might recall that at the time, the world was in miserable lockdown over COVID-19. I was personally very doubtful that anyone would want to read this book, which collected essays on the science of gratitude from Greater Good magazine.

Imagine my surprise to discover that The Gratitude Project has actually sold quite well. I shouldn’t have been surprised, I guess. When we give thanks for everyday things, we make them visible again. When we’re able to do that, as numerous studies suggest, we give our happiness a little boost and train our brains to see the good—even amid so much bad. There’s even evidence that gratitude can help the brain heal from trauma.

The month after the book was released, we analyzed responses to the pandemic on www.thnx4.org, the Greater Good Science Center’s online journal. There, people can sign up for a Gratitude Challenge that prompts them to document and share “thanks” on a regular basis. They can also record times when they were thanked by someone else, and how that made them feel. We survey participants about their well-being before they start the Challenge, and again after it’s complete, in order to understand the impact of Thnx4.

When we analyzed data from the first six months of the pandemic, a couple of patterns stood out. We found that journaling your gratitude during the pandemic on Thnx4 is beneficial—after a Challenge, people tend to be more resilient, more satisfied with life, and less lonely. However, these same effects were greater in the period before the lockdown began.

In other words, people weren’t doing as well as they were before the pandemic—but even at that lower baseline, giving thanks still helped. The data also suggest that the people using Thnx4 had been on an emotional rollercoaster. They were sadder, but felt more affection and less anger than they did before the pandemic. We also saw a significant increase in people hearing gratitude from others, which we took to be a very good sign—it suggested that we’re taking care of each other.

In reviewing public gratitude during the pandemic period, we discovered a vivid progression from shock to acceptance—and a growing appreciation for the good things we get from other beings, including our pets, and from nature and society. Taking up Thnx4’s Gratitude Challenge was a way of fighting back against the stresses of pandemic life—and I suspect that was also the case for those who purchased and read The Gratitude Project.

This Thanksgiving, Americans are facing some extremely serious issues; it would be foolish to believe that giving thanks can fix them. That’s not really gratitude’s job. What gratitude does is remind us that there is still, despite everything, goodness in the world, and that this good often comes from the people around us: our spouses, children, parents, grandparents, coworkers, neighbors, and more. When you see them on November 24, consider thanking them for what they’ve done for you. You can do that in the form of a gratitude letter or maybe a savoring walk before or after dinner, or you could pose gratitude questions to each other around the table.

Jeremy Adam Smith is editor of Greater Good, the online magazine of the Greater Good Science Center at UC Berkeley. He is also author or coeditor of five books, including The Daddy Shift, Are We Born Racist?, and The Gratitude Project.