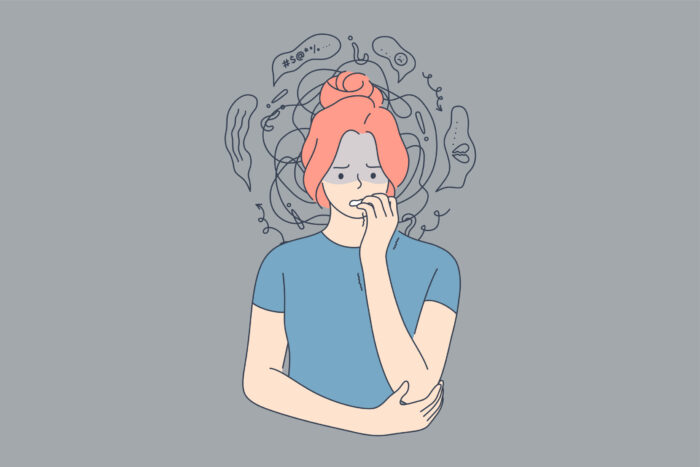 By Jaime Castillo, LCSW, author of What Happened to Make You Anxious?

“Trauma” has become a big buzzword in recent conversations about mental health. As we have collectively become more willing to talk openly about mental health, there has been a paradigm shift away from the notion that our mental health challenges are a reflection of something innately wrong with us. Instead, we are invited to consider that perhaps our past traumatic experiences—which are no fault of our own—play a role in how we feel and show up in the world now. Until recently, many people have written off the idea that they could have experienced real trauma because they have not experienced something as seemingly significant as war, sexual assault, or physical abuse. However, new research is unveiling another type of trauma—“little t” trauma—that affects many more people in a not-so-little way.

Very commonly, people associate the term “trauma” with what we now call “big T” trauma: single or repeated incidences of actual or threatened death, serious injury, or violence. “Big T” trauma has a big impact; if left untreated, its effects can negatively impact a person’s worldview and shatter their overall sense of safety in the world. “Big T” trauma is most commonly associated with post-traumatic stress disorder (PTSD).

“Little t” trauma, by contrast, is a highly distressing event or events that do not rise to the level of “big T” trauma in terms of danger. In other words, “little t” trauma is usually not life-threatening, although it can feel that way to the person experiencing it because of the severe emotional damage it can cause. “Little t” trauma can include any event that causes distress, fear, or helplessness. Examples of “little t” trauma include:

– Being teased as a child

– Having an overly critical parent

– Living in a high-conflict family

– Experiencing a lot of unpredictability

– Having an unsupportive parent

– Losing a loved one or a pet

– Having a parent who expects perfection

Most people agree that “big T” trauma—experienced by combat veterans, domestic abuse survivors, and most first responders—is significant and will cause a lasting impact on one’s emotional well-being. When exploring your own mental health challenges, consider the ways in which “little t” trauma may have impacted you as a child and influenced the way you engage with yourself, others, and the world today. Even if the experience was not life-threatening—but caused you to feel overwhelming distress, fear, or helplessness at the time, and the effects from it have lasted into adulthood—it was likely traumatic and is equally deserving of your attention and care.

Jaime Castillo, LCSW, is founder of Find Your Shine Therapy, and a licensed clinical social worker specializing in the treatment of trauma and anxiety disorders. She has been featured for her trauma expertise in The Arizona Republic, The Verge, and Phoenix Voyage Magazine, where she was named a Top Inspiring Phoenix Professional.